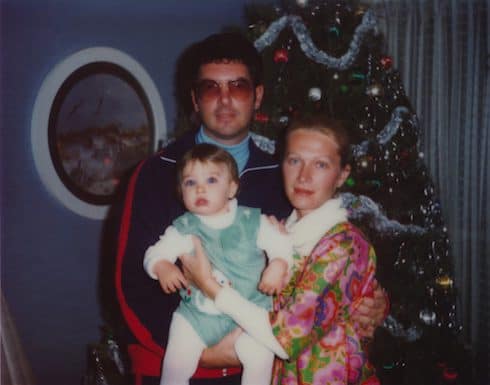 Very early on the morning of December 31st, 1989, Jack Boyle, a military veteran and one of the most prominent physicians in Mansfield, Ohio, murdered his wife, Noreen. Jack and Noreen’s eleven-year-old son Collier awoke to the sound of two heavy thuds, which he would later testify in court were the sounds of his mother’s skull being smashed. But, frightened in the middle of the night, Collier feigned sleep. And, in the morning, Noreen was gone — on what Jack told his son was a vacation.

The following month, investigators found Noreen’s body buried under the foundation of a home Jack Boyle had recently purchased in Erie, Pennsylvania. He was charged with homicide, and Collier’s testimony helped convict him. Twenty-six years later, Collier, now a filmmaker, began to follow through on the lifelong promise he’d made to himself to “do something positive” with the tragedy that tore his family apart.

A Murder in Mansfield, the result of that promise, is a quiet, painfully beautiful film about trauma and release. Collier, who is credited as an executive producer, worked with director Barbara Kopple, a two-time winner of the Academy Award for Best Documentary: in 1977, for

We spoke with Collier about the process of making A Murder in Mansfield, his extended (and estranged) family’s reaction to the film, and the importance of letting go. This interview was conducted via telephone; it has been lightly edited for clarity.

You explain in A Murder in Mansfield that your extended family more or less withdrew from you in the aftermath of your mother’s murder, such that you had to be taken into the foster care system. Was in part because those family members weren’t able to process such a shocking event? Had you been close with your other relatives before the murder?

That basically sums it up. There was way too much for them to deal with. But my father molesting my cousins — my mother’s sister’s children — that most certainly created a little bit of a rift in the family, as one would expect. So there was that. [Laughs]

But my mother was very close to my father’s mother, and her best friend was my father’s brother. Both of those people pretty much just disappeared. Even my mother’s sister, they were still sisters…but, just, the tragedy of all of it was just so much for everyone to bear. When you’re a kid you don’t realize it, but when you’re an adult you start to understand that it’s too much, it can just be too much to process.

Very early in A Murder in Mansfield, you share what sort of amounts to your mission statement for your return to Mansfield, saying that you “want to do something positive with this tragedy.” How long after your mother’s murder and your father’s trial did you start thinking in those terms?

That was immediate. I just did my first TED Talk a week ago, and my talk was about resilience through community. I was fortunate enough to be raised in my early years by a mother who placed a very heavy emphasis on education, especially education through the arts, so I was able to cope by using the arts. I remember being in foster care and saying “I’m gonna do something with this one day.” I went to high school thinking that; I went to college and studied vocal performance thinking that; then I dropped out to go to LA [to become a filmmaker].

Very many people come out here with a dream and don’t get to realize it. And I am so fortunate that I got to realize that dream — to make something that not only changed my life, but also impacted so many people in such a positive way.

I was also struck by a related scene: the exchange that you have with the current owners of your childhood home. You’re standing in their kitchen (which, of course, is also your kitchen) telling them about all the love you feel in the house thanks to their family, and all the beautiful memories you know they have of the house. You even say you feel like this family has put on “a new coat of paint” with their love. That moment seemed almost impossibly generous to me — I don’t think many people could have responded with such positivity.

Of course they knew what had happened [in their home]. And I think they had only lived in the house for maybe two months. It was really cool; they were just so lovely to let us into their home. 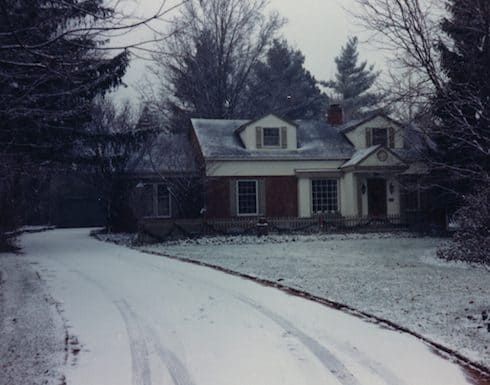 The Boyle family home in Mansfield, Ohio, as it appeared around the time of Noreen Boyle’s murder. Photo via Collier Landry / Investigation Discovery.

I wonder if you can share anything more about your sister Elizabeth, who currently goes by Caitlyn. She appears very briefly but powerfully in A Murder in Mansfield, via your recollection of her, and there’s a short scene where you call her and leave a message. Were you ever able to get in touch? Did she meet with you, but not want to appear in the film?

I have never spoken to her — I haven’t spoken to her in 28 years. We made several phone calls, people picked up, didn’t answer, there was dead air on the line. We started talking, were hanged up on. I don’t know if we had a wrong number, if the person on the other end wanted us to think we had a wrong number. Obviously you can go do a database search and look up the name and get the phone number [to check]. We never got a response on the phone.

I was able to speak to my half-sister about the project, and she was hesitant about participating. And I understand that. She has a relationship with her mother, and her mother did not want to participate. So that was that.

[Editor’s note: At the time of Noreen Boyle’s murder, she and her husband Jack were estranged and had begun to divorce. Jack’s then-girlfriend, identified in A Murder in Mansfield only as “Sherri” and shown via footage taken at Jack’s trial, was pregnant with a baby by Jack.]

You say in the film that you “felt you were ready” to see your mother’s full case file — including the crime scene photographs of her exhumed body — 26 years after her murder. But you also say that your whole life you’d been “haunted” by the idea of what your mother looked like after being murdered. Do you regret going with Lieutenant Messmore to look at those images?

It was completely cathartic. It was, again, one of those moments that’s very organic in the film. We had just got done shooting with the Messemores in their kitchen; I was getting ready to go; and they asked what I was doing. Susan said they were going to the police station to film my mother’s file, and they invited me to go with. And I was like, “You know what, the most important thing that we’re doing with this film is showing vulnerability — that you can get through these tough moments in life.” Because there’s strength in that. And if we can do that, if we can show it, then people will realize that they can get through their own trauma. And being able to do that, to get something that had haunted me my whole life….I don’t have any regrets about doing that. It was completely cathartic.

It must have been easier to do — not easy by any means, but somewhat easier — because you had Dave and Susan Messmore, who’d been one of several parental figures in your life, there with you.

There was definitely a sense of comfort. But [Dave] was concerned. He still is concerned. But it was such a necessary part of the process, because it shows that vulnerability. This is something I was so passionate about doing: having the opportunity to expose those vulnerable moments on the camera. And made it so worth it, because it’s touched so many people. It’s touched so many people’s lives, having made this film. And I did that. And it’s pretty incredible to realize I’ve done that.

You are a filmmaker yourself, and you helped produce for A Murder in Mansfield You’re also the subject and essentially the main character of this intensely personal film. How did your role in the narrative complicate the filmmaking process?

Here’s the thing. I was very involved in the pre-production. For example, I’m essentially the person who got us into the prison. All the attempts failed, and I had to do a whole song and dance to get us in there. And the officials were not happy to do it, not at all. I will assure you that I am not on the Ohio Department of Rehabilitation and Correction Christmas card list anymore. [Laughs]

But I didn’t see the film until it premiered at Doc NYC on November 12th of last year. Originally, I was going to be a character in it, but I wasn’t going to be the main focus. I thought “Oh, I’ll be in this a little bit; we’ll shoot some stuff” — which we did. There are many interviews, many things we shot that did not appear in the film. But when Barbara was crafting the narrative, I just became the main focus. Barbara is such a skilled filmmaker that she was able to craft the narrative that she wanted to film. That’s why she’s won two Academy Awards. [Laughs] So I really trusted the process with her.

And she was very nervous. She told me at the premiere, “God, I’m so nervous about you seeing this.” I had to remind her, “Hey. We had an agreement that I wouldn’t see the film until I was sitting in a theater with other people. And then I’ll see the film.”

Collier Landry, director Barbara Kopple, and several of the film’s producers at the Q&A following the A Murder in Mansfield world premiere in November 2017.

How has Mansfield responded to the documentary? And has the city’s response been what you hoped it would be?

It’s been absolutely incredible. It’s been an honor. And the way the city responded almost 30 years ago to the whole story was incredible.

Do you have any extended family in Mansfield, or have they all scattered, moved away?

Oh no — they’re all still in Mansfield. 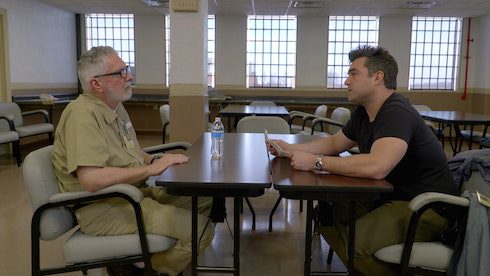 Collier and his father, Jack Boyle. Still from A Murder in Mansfield.

Have you had any further contact with your father since visiting him in prison?

There’s a moment in the film at the end when I say “Our time is up. We’ve got to go.” That was it. That was me letting go of him.

Has he reached out to you?

Oh, for sure. Absolutely. And I haven’t read a single word. And I’m sure he’s seen the Dr. Phil episode, and I’m sure he’s gonna continue to hear about it. I haven’t looked back. [Pause] And it was a long time coming.

A Murder in Mansfield‘s airs Saturday, November 17th, at 9 PM on Investigation Discovery.