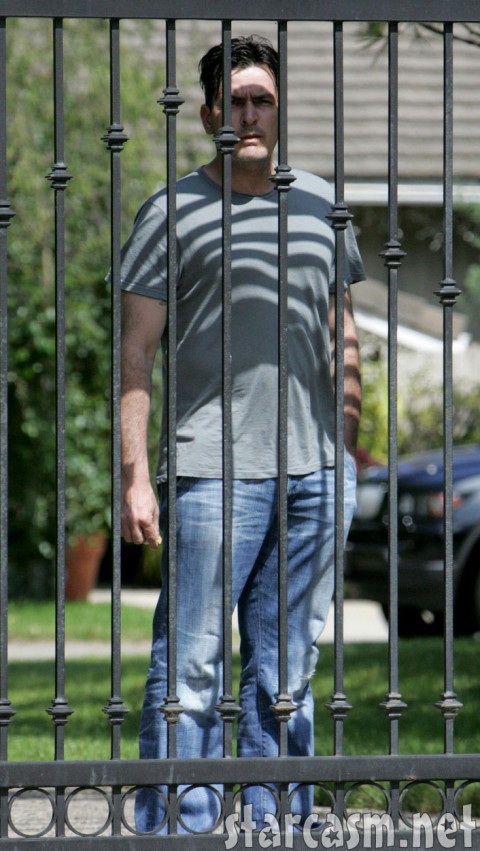 It’s official – Charlie Sheen is back on the streets! So if you’re one of his current wives, a former lover, prostitute, stripper or an adult film star be sure to lock your doors. After being arrested for assaulting his wife Brooke Mueller Sheen, it reported that Sheen would remain in jail until his court date, but Carlos Irwin Estevez was “advised by 9th Judicial District Court Judge James Boyd Friday evening” and released from jail on an $8,500 bond. He is scheduled to appear in court February 8, 2010.

Here is the full press release from the Aspen Police department:

ASPEN, CO – 12/25/2009 – Carlos Irwin Estevez, also known as Charlie Sheen, 44, of Encino, California was held in the Pitkin County Jail until he was advised by 9th Judicial District Court Judge James Boyd Friday evening. At approximately 7PM, Mr. Sheen was released from the Pitkin County Jail after posting an $8,500 bond with standard domestic violence bond conditions. His next scheduled court appearance is on February 8, 2010 at 10:30AM, at the Pitkin County Courthouse.

On Friday, December 25, 2009 at 8:34AM the Aspen Pitkin County Communications Center received a 911 call regarding a domestic violence situation at 320 West Hallam Street, Aspen, Colorado. Officers from the Aspen Police Department responded immediately to the scene and upon arrival investigated the incident. Officer Rick Magnuson placed Mr. Sheen under arrest for Second Degree Assault, a class four felony, Menacing, a class five felony and criminal Mischief, a class one misdemeanor. All charges are coupled with a domestic violence component. Aspen Ambulance responded to the scene, the victim did not require transport to the hospital.

No other information is available at this time. The Aspen Police Department plans to issue an update on Monday, December 28, 2009. Please sign up for press release updates at www.pitkinalert.com. Select the Press Release group and add your cell phone or email account for notification.

PHOTO Victim of naked face-eating man has been revealed

PHOTOS Crazy Britney is BACK!