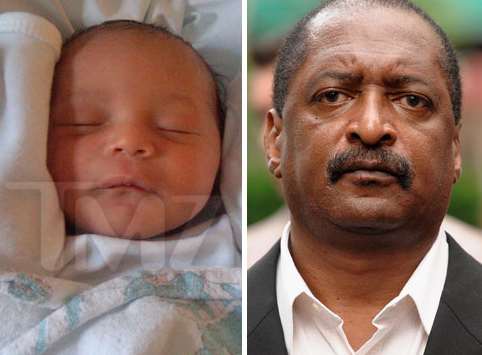 Matthew Knowles and his camp still claim there has been no DNA test to prove he is the father of AlexSandra Wright’s newborn child Nixon, but AlexSandra is still sticking to her guns. The photo above has just been released to TMZ, and there is a slight resemblance.

If he really isn’t the father, he should go on ahead and get his DNA results read on Maury so we can all rest easy knowing whether or not Beyonce and Solange has a baby brother. Usually when the man denies but refuses to get a test even though the woman won’t quit sicking her lawyers on him, there’s a good chance of a positive paternity. Usually . . .

Also, last December Matthew Knowles’ wife of 30 years and mother of Beyonce and Solange, Tina Knowles filed for divorce because “ceased to live together as husband and wife on or about January 5, 2009.”