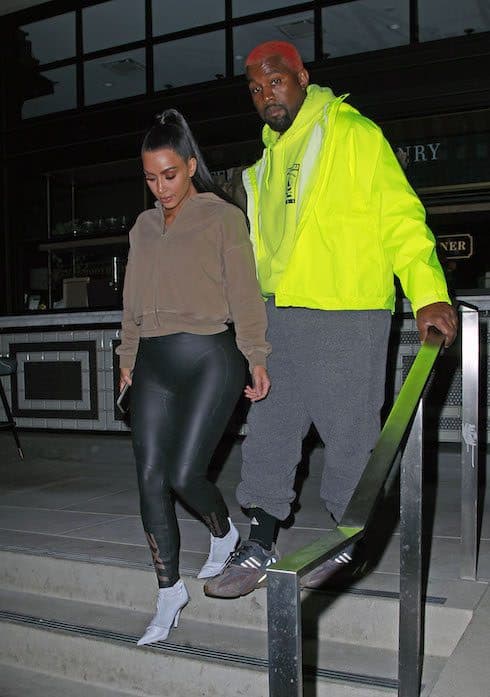 CELEBITCHY – Kim and Kanye have apparently earned their Hidden Hills neighbors’ undying love and respect thanks to Kim and Kanye’s firefighters. The couple apparently hired a team of “private firefighters” to fight off the Woolsey wildfire right in their collective backyard

VOX – Michelle Obama’s book Becoming is out, and is earning rave reviews. One thing few reviewers are talking about: How often Michelle takes the opportunity “to brutally drag her husband.” For the time she was his boss and he was late to his first day of work. For the time he wore a Miami Vice-style suit to happy hour. And for so many other things

REALITY TEA – Thomas Ravenel calling out anybody for any reason seems pretty dodgy at this point, but that hasn’t stopped him calling out Ashley Jacobs for trash-talking Thomas’ once and forever love Kathryn Dennis

JEZEBEL – Cardi B has already made it clear that she won’t roll over in bed for less than $500,000. So we know the absolute bare minimum she’s getting paid to co-star as one of three judges on Rhythm & Flow, an upcoming Netflix series “aimed at finding the next breakout hip-hop star”

DLISTED – “America is burning through plots, much like the California wildfires Trump tried to shoehorn into last week’s episode. CNN and their chief White House correspondent Jim Acosta have taken the unprecedented step of suing the President et al, in order to restore Jim’s access to the White House. They also hope to prevent the White House from revoking it again in the future.”

THE BLEMISH – Mark Hamill accidentally flirted with Ariana Grande on Twitter and she responded by swooning something fierce, so, look for her Luke Skywalker tattoo any day now

LAINEY GOSSIP – Relationship Check: Gwen Stefani and Blake Griffin are still very much in love, still PDA-ing it up on every episode of The Voice that they can