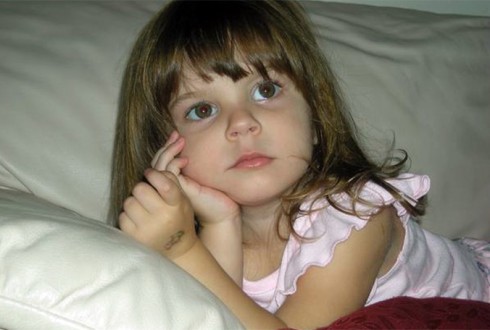 There is a report that Caylee Anthony’s grandparents sold their deceased granddaughter’s toys in a yard sale, and now George and Cindy Anthony are getting attacked for profitting on their granddaughter’s death.

“I drove by and noticed the house looked familiar to me. I had seen this house before. I got close and noticed that the people outside really looked like George and Cindy Anthony,” says Christine Werner. “It was the home of Casey Anthony’s grandparents.”

Her unease didn’t stop her from shopping, though. She stopped and spent several hours with the couple. “It was very uncomfortable dealing with them,” she says. “They would get into little arguments throughout the time I was there. Cindy definitely controls everything in that family, for sure!” Christine went home with purses she thought belonged to Casey and even the toys she thought belonged to Caylee. According to Radar these items were: “toy heart lockets, a children’s travel set with garment bag, a Winnie-the-Pooh backpack, a Tigger bag and a couple of teddy bears.”

The next day Christine returned to look for more items and record video, which Radar Online acquired exclusively.

It’s hard to make a judgement about this because you know those objects have to be painful to look at, and they obviously weren’t trying to sensationalize what they were selling in order to up the price. They just quietly had a yard sale, and were recognized by Christine Werner.

What do you think? Should Caylee’s grandparents have sold her toys?