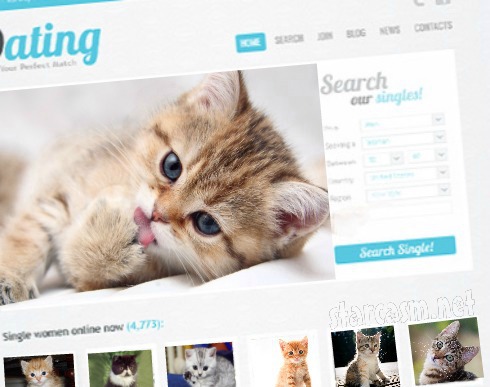 Seventeen Magazine isn’t particularly known for causing controversy. Between suggestions for lip gloss flavors and interviews with teen pop stars who divulge the details of their first kisses, the articles are generally pretty tame. The magazine did raise some eyebrows, however, with the dating advice from one college blogger.

In an article titled “17 Dating Blogger: Would You do Online Dating?,” official blogger Isabelle Furth mused about the pros and cons of meeting new partners the web. She spoke specifically about the experience of one friend…

“When I asked her how they met, she told me she had signed up for Match.com and had met him online right away,” wrote Isabelle, who is in college. “Now, six months later, they’re engaged!”

Isabelle’s friend may very well have been older than 18, the minimum age required for an account on Match.com. But, the majority of Seventeen readers are not. In fact, the target demographic audience is females aged 12 to 19.

“When I asked her why she joined Match.com, she simply said it was because she hadn’t met any guys she wanted a serious relationship with,” Isabelle said, adding she was intrigued enough to test out “online dating” with Facebook’s new graph feature.

The comments, although relatively innocuous, are drawing criticism.

“They should indicate the dangers of online dating due to their young readership. Cyber-stalkers are a serious danger to children and teens and anytime you encourage online communities for kids you have to be educated on cyber stalkers,” said Nicole Clark, teen educator and director of the documentary Cover Girl Culture in an interview with Fox News. “Seventeen Magazine is giving cyber-stalkers a gift wrapped dream present: tweens and teens who are seeking love online from someone online.”

The age requirements put in place by online dating websites are certainly there for good reason. Then again, teenagers have been meeting on Internet chat rooms ever since the World Wide Web has been in existence. Plus, we wouldn’t have the wonder that is Catfish if it wasn’t for online relationships between teenagers…

“If seen as a nerd at school, it feels like you are starting fresh and can be anyone you want to be,” relationship expert Sheri Meyers told The Daily Mail about the benefits of online dating for teenagers.

Do you think it’s appropriate for teenagers to seek relationships online?