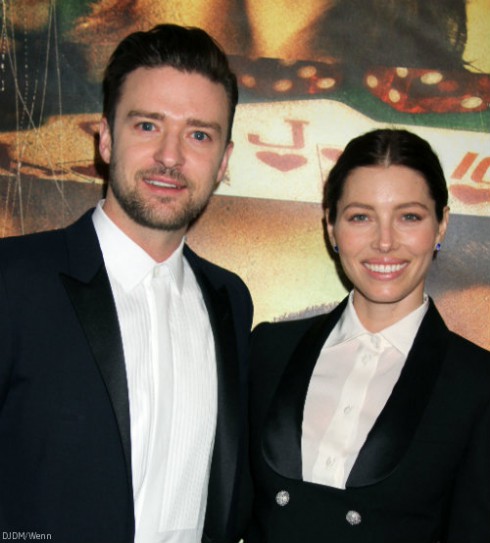 More than three months after multiple sources revealed Justin Timberlake and Jessica Biel are expecting their first baby, the dad-to-be finally confirmed it on Instagram.

“Thank you EVERYONE for the Bday wishes! This year, I’m getting the GREATEST GIFT EVER. CAN’T WAIT. #BoyOrGirl #YouNeverKnow #WeDontEvenKnow #WeAreTakingBets,” JT captioned a picture of him kissing Jessica’s baby bump. 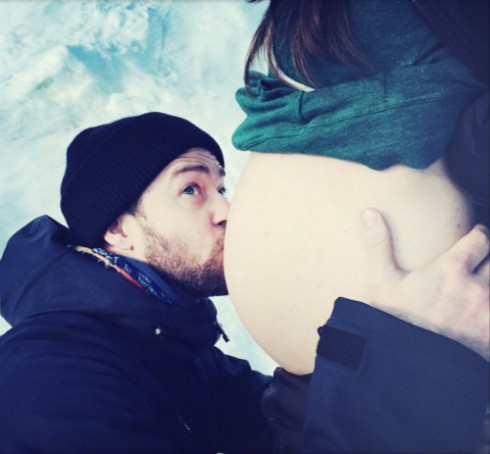 Although the picture looks sweet and harmless to me, some are criticizing Justin for cropping his wife’s head out of the picture. In addition to some negative comments on the original post, the always-amusing writers at Lainey Gossip and Celebitchy pointed out that the post really seems to be all about Justin…

“It would never have been up to Mrs Timberlake to confirm that they’re expecting. It would always be on HIS time,” Lainey said. “HIS birthday. HIS gift. HIS bump. Why bother with her head?”

Kaiser from Celebitchy made a similar observation and noted Justin also “took all of the attention” away from Jessica in their wedding photo. Kaiser added, “First-time fatherhood is exciting and I guess we should give Justin credit for not making this whole thing about him until now. But to post a photo where Jessica Biel’s head is literally cropped out of the photo? TOO FAR, JT.”

I don’t know… If the roles were reversed, I doubt people would make a big deal about it. But, then again, Justin isn’t the one carrying around and then delivering a human. What do you think?