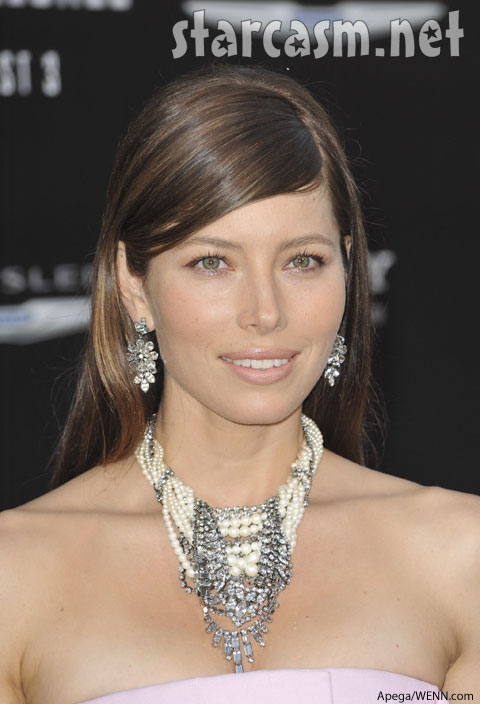 30-year-old Jessica Biel is at an exciting place in her life. She’s engaged to Justin Timberlake (who wouldn’t be stoked?) and she plays Melina in the Total Recall reboot (out this weekend.)

But event though she’s a successful starlet with one of the most drooled-after men on her arm, she still has insecurities like the rest of us. In fact, turning 30 had a major impact on her. It really made her think about aging, and even death.

She told The Chicago Sun-Times:

“Just to be brutally honest, I think I’m definitely afraid of the aging process. Aging is a scary thing, especially when you’re a woman and dealing with everything that comes with it.”

What is that bad about being 30?

“At some point!” she adds. “It has come into my mind lately, although I’ve never really been afraid of death.

“The truth is I wasn’t really freaking out turning 30. I never had a complete wig-out moment. Honestly, I have never felt more youthful and more curious about life. I’ve been working a lot to find the best balance between work and life.”

Part of that balance is not sweating about her upcoming wedding. When asked what she has planned so far, Biel replied:

“I do feel like there is a lot of time and nothing needs to be rushed. Everyone tells me that being engaged is the really special moment.

Not that it gets bad when you get married! But being engaged is just absolutely amazing. You’re in this romantic, ahhhhh, breathless moment that I’m just trying to extend as long as possible.”

That “breathless moment” won’t last forever, but this seems like a really healthy attitude. Sometimes it seems people get so caught up in wedding planning for a single day in their lives that they forget about enjoying the actual relationship (a.k.a the marriage.)

She also dished to In Style that she had “no say” in the design of her engagement ring, but she likes it that way!

I had no say whatsoever. I don’t micromanage. He is fearless in his choices and has a real eye for design. And I’ll be honest: He has better taste than I do.

REPORT ‘NSync reunion at the 2013 VMAs is happening