Category: Before and After

When Matt Lowe appeared on the first season of MTV’s Catfish, he weighed a dangerous 619 pounds and had been avoiding meeting his longtime friend and “soulmate” Kim Wingeier for 10 years because he felt self-conscious about his weight. Kim ultimately declined pursuing the relationship further after they met for the first time on the show (which aired in 2012.) But since he taped the episode, Matt has made some pretty drastic changes. 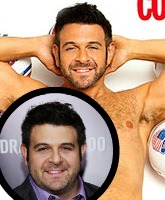