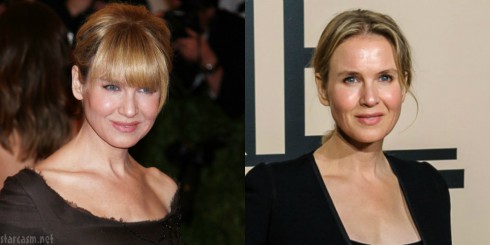 When she stepped out at Armani’s One Night Only Event in late October, Renee Zellweger looked like a completely different woman than the one we last saw in May.

The normally refined star sported a messier hair style than in her “before” picture, but it seems growing out her bangs isn’t all Renee’s done throughout the past six months. That’s not to say she looks bad… But no one is going to mistake her for Bridget Jones any time soon!

Just days after her first public outing in half a year, Renee went back out for the premiere of Long Shot: The Kevin Laue Story in L.A. She still looked different than her old self, but the contrast didn’t seem as drastic… 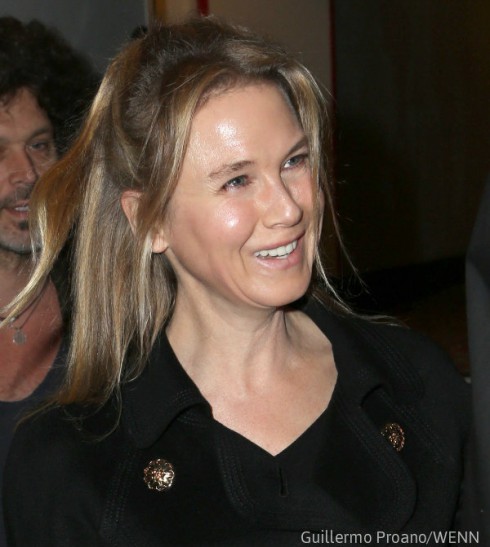 There’s no official word on whether Renee went under the knife, but the court of public seems to have reached its own conclusion: 97 percent of respondents to a Perez Hilton quiz think Renee’s had work done.

Fun fact: Renee’s most recent acting role was in 2010’s straight-to-DVD My Own Love Song. Her last appearance in a big-name film was 2006’s Miss Potter. Maybe she’s staging a comeback!