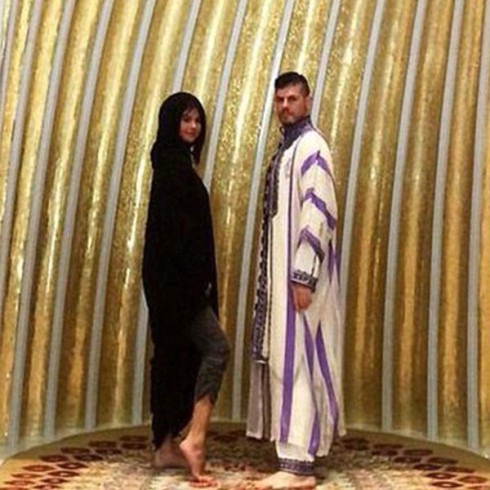 Selena Gomez stirred up controversy over exposing a bit of skin this New Year’s. The singer rang in the new year in Abu Dhabi with a host of friends including Kendall Jenner, Cody Simpson and Gigi Hadid, and visited the Abu Dhabi Grand Mosque. Problems arose when the young Americans posted some pics of themselves acting silly in the place of worship, including a shot of Selena showing off a bit of ankle.

Both exposing an ankle and laughing in a mosque are signs of disrespect, and their behavior caused a bit of backlash from her followers, resulting in Selena deleting the offending photos from Instagram. 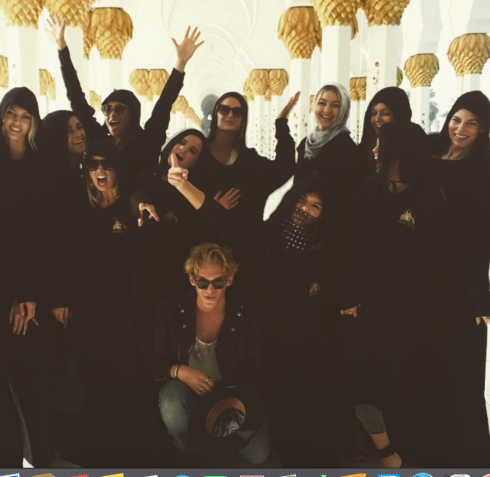 “Intimate behavior,” like holding hands and kissing, is banned in mosques, and all skirts must be ankle-length. In the past Rihanna has been criticized, not for exposing any skin, but for posing for glamorous photos at the mosque. 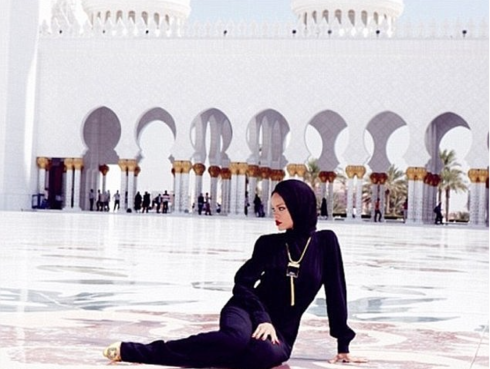