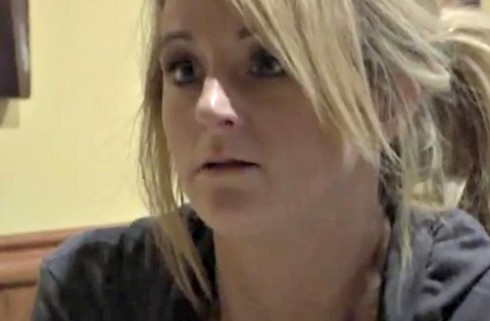 After months of reports she was dealing with substance abuse problems, a source confirms Teen Mom 2‘s Leah Calvert is in rehab — but not to address issues with drugs or alcohol.

An insider told Us Weekly Leah is receiving help for depression and stress, which may have been brought on by her ongoing custody problems with first ex-husband Corey Simms and Jeremy Calvert’s recent divorce filing. The source said Leah is in a 30-day program and will likely check out at the end of the month, although she may get released early.

Sources elaborated to Life & Style that Leah first sought help in Utah a few weeks ago, but left just days later because she feared Corey and Jeremy would ask for emergency custody hearings while she was away.

The recently released preview for Teen Mom 2 shows Leah struggling with a variety of issues. She said in one part, “I’ve been accused of being an unfit mother, abusing drugs.” Jeremy also told her she is a different person than the one he fell in love with years back.