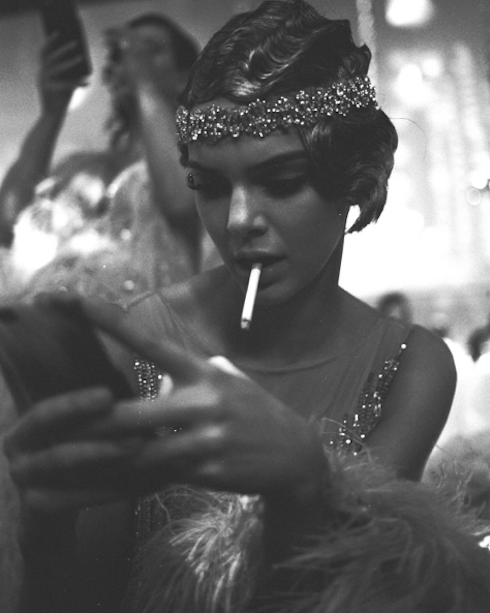 The ongoing Kendall Jenner feud with little sister Kylie is as up and down as the relationship drama between Kylie and Tyga–but, this week, it looks like things are taking a turn for the worse. New reports allege that Kendall and Kylie are having serious knock-down, drag-out, hair-pulling fights over what insiders say is Kendall’s jealousy.

But what does Kendall Jenner have to be jealous about? After all, she’s coming off a hugely successful debut as a Victoria’s Secret angel–one that promises to escalate her net worth to heretofore unimagined heights in the coming months and years. Little sister Kylie, on the other hand, has been dealing with daily drama from the Tyga side of things, dumping him for the second time this past weekend…only to take him back after completely changing the dynamic of their relationship, and making sure that she’s in charge of everything they do.

Plus, most observers are quick to note that Tyga is not exactly a prime catch–to put it generously–and being jealous of he and Kylie makes little sense. 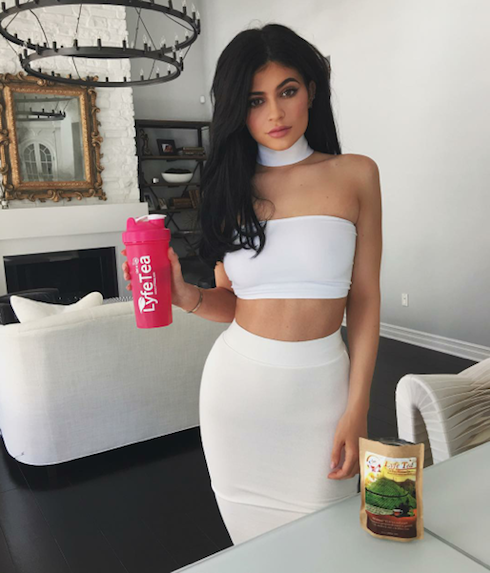 That’s not the way Kendall sees things, according to family insiders. She’s been developing what appears to be a fairly intense dislike of 18-year-old Kylie for some time now, and Tyga is only part of it. Kendall reportedly can’t stand how “selfish” Kylie is in demanding her very own Keeping Up With The Kardashians spin-off; Kylie has allegedly made so many demands about the nascent show that Kendall refuses to entertain the thought of working on camera with her sister beyond their contracts’ minimal requirements.

“[Kendall] does not want to be a part of this spin-off [in any form],” said one insider, “because Kylie is trying to make it all about her. More and more, she thinks that Kylie’s complete intent with this is to turn it into the ‘Kylie show guest-starring Kendall,'” in an effort at what Kendall sees as simple humiliation.

There was also the recent–and shocking–KUWTK spat that viewers saw for themselves: Kendall, incensed that Kylie wouldn’t lend her a dress for a red carpet event, called her sister “the biggest b!tch” and a “c*nt” before storming out of Kylie’s house.

And it was Kylie’s reported jealousy over Kendall’s continued modeling success that kept her away from the Victoria’s Secret show in the first place. So, just how bad has the Kendall Jenner feud gotten? In the words of one report, things aren’t pretty:

“Fistfights, cruel taunts and on-camera explosions are just the tip of the iceberg,” it claims. “Kendall and Kylie despise each other. They never talk, except to hurl insults. If it weren’t for the show, the girls would wash their hands of each other completely.”

In addition, their feuding has gone past mere verbal insults, and has begun to focus on the physical: “Kendall and Kylie have knock-down, drag-out fights all the time. They scratch and pull each other’s hair so hard, their extensions have come out.”

That report went on to call the Jenner family “fractured.”