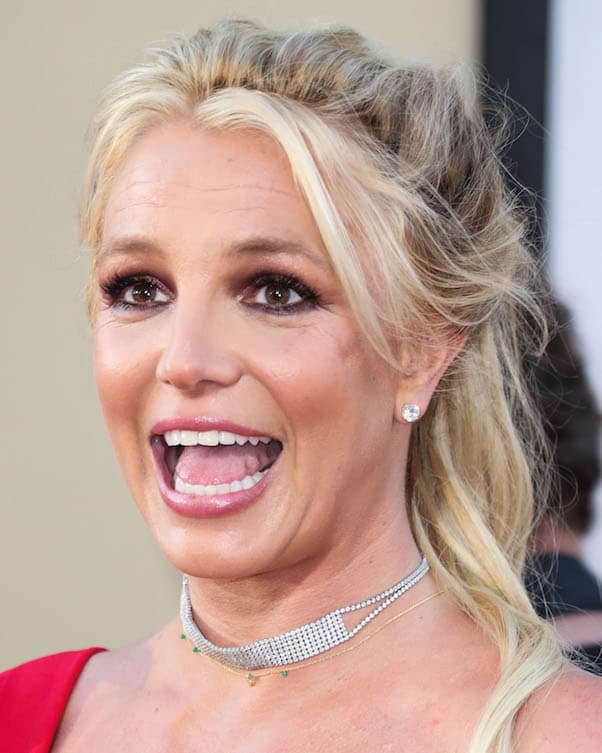 There’s a new wrinkle in the story behind one of the most famous tabloid images of all time. According to a just-aired documentary, the Britney Spears bodyguards may have taken bribes from paparazzi when Britney shaved her head during her 2007 troubles. Esther Tognozzi, the owner of the salon where Britney did the deed, shared her version of events with a British camera crew filming for Britney Spears — Breaking Point; in Tognozzi’s mind, there’s no question that the people entrusted with Britney’s safety were actually on the take.

Breaking Point had its world premiere on the UK’s Channel 5 last night, right in the middle of another round of speculation about Britney’s mental well-being. As reported by Page Six, the Britney Spears bodyguards were acting suspiciously as soon as they entered Tognozzi’s salon, though they were hardly concealing their actions.

Tognozzi claims that one of Spears’ two bodyguards kept opening the blinds over the shop’s front window, in order to give a better view to the paparazzi stationed outside. From Page Six:

“We were cleaning up and there was a bunch of flashing outside lights and we were wondering, ‘Uh oh, what happened, police, ambulance?’ We looked out and it’s a bunch of white lights flashing and somebody knocked on the door because we always keep the door locked saying: ‘Hey, open the door, Britney Spears wants to come in,’” she recalled.

“She had two bodyguards, supposedly keeping an eye out to make sure the paparazzi were not getting any pictures and one of them kept opening the blinds,” Tognozzi told the The Daily Mail.

“I had blinds at the side of the salon back then. I had a sliding glass door and I kept saying, ‘There’s nobody over there, why do you keep opening up the blinds?’ Well, I found out days later why he was opening the blind because a photographer was hiding there to take pictures,” she added.

“I tried to talk her out of it and I said, ‘You don’t want to do that, tomorrow is a different day, you’ll feel differently tomorrow, let’s talk about it….My phone rang again so, as I’m answering my phone I realize she went into that other room, sat in that chair and buzzed half her hair off.”

It’s not yet clear whether either of the Britney Spears bodyguards was interviewed for the documentary (or whether the filmmakers attempted to interview them and were rebuffed). Unfortunately, though Britney Spears — Breaking Point is available online in its entirety through Channel 5, you have to be a resident of the British Isles to watch — either that, or you have to be savvy with changing your IP address before clicking the link.

Meanwhile, Britney’s conservator status is still in flux. Due to his ill health, Britney’s father, Jamie Spears, was permitted to “temporarily relinquish the powers of conservatorship” back in September. Jodi Montgomery, Jamie’s court-appointed replacement, will be in charge of the conservatorship until January 20, 2020, at which point court will revisit the issue.