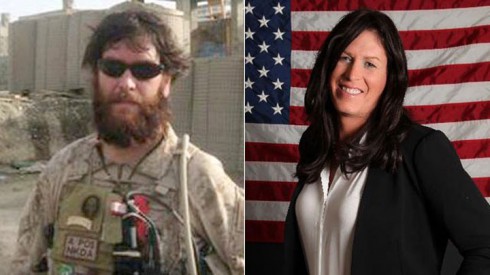 Navy SEALS are among the most revered of all military members. As such an elite group, there are strict eligibility requirements: SEALS must be U.S. citizens between 17-28 years old. They must pass a variety of physical and mental tests. And they must be male.

During her 20 years of service, Kristen Beck met those standards.

Back then, Beck went by “Chris.” It wasn’t until she retired in 2011 — after serving 13 tours and earning a Purple Heart — that Beck came out as transgender.

“I am now taking off all my disguises and letting the world know my true identity as a woman,” Beck wrote on her LinkedIn page.

She is also opening up about her experiences in her autobiography, Warrior Princess: A U.S. Navy SEAL’s Journey, which was published on Saturday.

While serving as a SEAL, Beck fit the image of masculinity. She married twice and is the father to two sons. She often grew a bushy beard. She is tall with broad shoulders. But, Beck always felt like a woman. 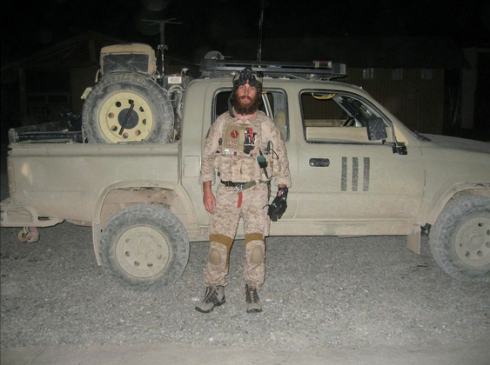 “It was weird that I could grow a beard and trick them into thinking I was one of them – and really I’m an Amazon woman in disguise as a U.S. military guy in disguise as a Pashtun,” she recalled of her service in Afghanistan.

After retiring in 2011, she decided to embrace her femininity and began hormone treatments. Last February, she publicly revealed her identity by updating LinkedIn to include her new name and photo.

Her family is slowly coming to think of “Chris” as “Kristin.” Their support — and her happiness — encouraged Beck to release the book.

“I hope my journey sheds some light on the human experience and most importantly helps heal the ‘socio-religious dogma’ of a purely binary gender,” she said.

So far, the reception has been overwhelmingly positive.

“Kris has all the support and respect from me that Chris had and quite possibly more,” said one of Beck’s military buddies. “While I’m definitely surprised, I’m also in amazement at the strength you possess and the courage necessary to combat the strangers and ‘friends’ that I’m guessing have reared their ugly heads prior to and since your announcement.”

Warrior Princess will likely also further the discussion of gender issues in the military. Even though Don’t Ask, Don’t Tell was repealed in 2011, openly transgender individuals are still banned from enlisting. As a decorated member of a prominent military group, Beck’s willingness to share may pave the path for many others.