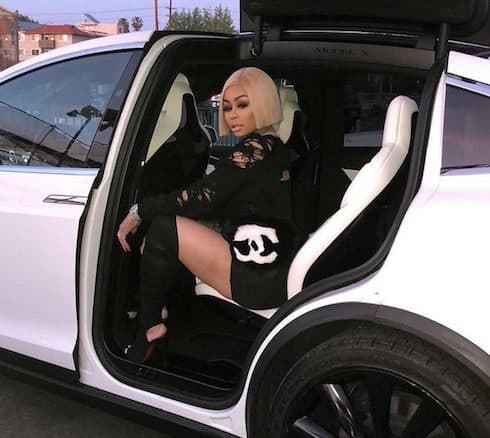 If you are female, sexually mature, and Kardashian-adjacent by either marriage or baby mama drama, the pregnancy gossip mill is coming for you. Mere weeks after the third new Kardashian baby of 2018 and just days after talk of Kendall Jenner’s alleged pregnancy surfaced comes rumors of Blac Chyna pregnant.

According to the gossip, Blac — who saw her biggest headlines since Dream’s birth last month when she got into a stroller-throwing brawl at Six Flags — may have gotten very quickly with child by YBN Almighty Jay, her 18-year-old boyfriend of about eight weeks.

In Touch was the first to go wide with the gossip, which originated on MTO. According to their take, Chyna “sparked the pregnancy rumors when she and Jay were spotted at LAX on April 28, where fans thought she was sporting a bit of a bump.”

When Chyna noticed the gawkers, she apparently drew attention to the baggy sweatshirt she was wearing, rubbed her stomach, and smiled.

It’s worth noting that the original report on Blac Chyna pregnant claims the 29-year-old mother-of-two is already about three months along. If true, that detail would mean Blac got pregnant shortly after it was rumored she leaked her own sex tape and then appeared to take her time filing a police report about it.

And it’s further worth pointing out that the Mirror has since picked up on the story, claiming via headline that Blac Chyna is indeed pregnant and adding that she and YBN “don’t use condoms.” (Within the story itself is a note that the publication has contacted Blac’s reps about the gossip, but nothing on what the reps have said.)

Here’s a paparazzi shot of Blac Chyna and YBN car shopping in Los Angeles at the end of March: 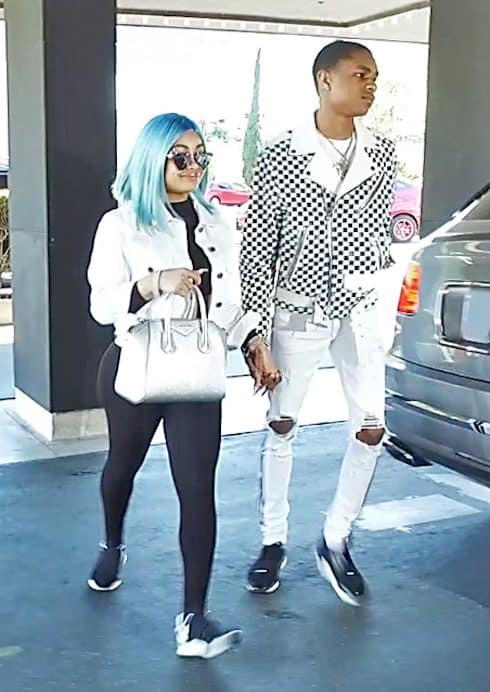 And here’s a higher-quality pic YBN shared of he and Blac doing some shoe shopping just a few days ago:

In addition to the Six Flags fight, Blac’s parenting decisions have come under fire of late. She was recently mired in criticism after posting a photo of Dream wearing pink hair clips on Instagram; things got so heated that Blac removed the photo.