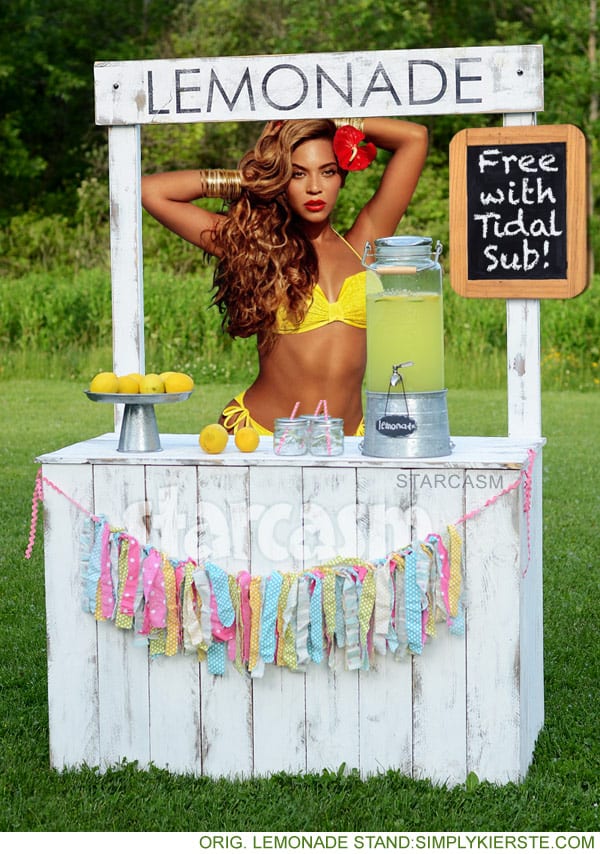 Saturday night was the world premiere of Beyoncé’s hour-long HBO special Lemonade, and it was followed by the announcement that her new album with the same title is currently available to stream on Tidal.

Lemonade is Beyoncé’s sixth album and her second “visual album” after her eponymous release in 2013. The 12-song album is described as “a conceptual project based on every woman’s journey of self-knowledge and healing,” according to a statement from Tidal.

Lemonade is a star-studded affair with numerous big name guest artists as well as lots of famous samples. From Billboard:

The list of collaborators and contributors for the album is, to say the least, extensive, with the credits for the album bubbling north of 3,000 words. An abridged rundown of those involved includes: Kendrick Lamar, The Weeknd, Diplo, James Blake, Boots, Mike WiLL Made-It, Kevin Garrett, Vampire Weekend’s Ezra Koenig, Melo-X, Just Blaze, Mike Dean, Vince Berry II, Derek Dixie, Wynter Gordon, Ben Billions, Dannyboystyles, Johnny Coffer and Rae Sremmurd’s Swae Lee, while samples include Led Zeppelin’s “When The Levee Breaks,” Burt Bacharach’s “Walk On By” and OutKast’s “SpottieOttieDopalicious,” among others.

You can stream Beyoncé full Lemonade album below or hop on over to Tidal!