Former 16 & Pregnant star Lindsey Harrison Nicholson signed on as a client of GR Media earlier this year, and she appears to be moving right along with their tried and true marketing methods. She has already had the TMZ article about her relationship with her daughter’s dad, and that was followed by having breast augmentation surgery captured on Snapchat by Dr. Miami. That leaves a bikini photo shoot at the beach that may or may not be topless, recording a song with Adam Barta, appearing on a therapy reality show, and the obligatory sex video.

The article goes on to claim that Lindsey’s husband, T.J. Nicholson, is “sickened by the idea,” even if he were to be the costar. “She’s got dollar signs in her eyes,” says the source, “but could end up rich and alone if she’s not careful.”

It seems that Lindsey caught wind of the article and was none too pleased. Although she mentions OK magazine instead of Star (the two are owned by the same company), I think it is clear she is referring to the article described above:

Lindsey later deleted the tweet, perhaps after getting a message from her marketing firm reminding her this was all part of the grand plan?

In case you are wondering what I’m talking about with GR Media, other clients of theirs that have followed the standard formula include Farrah Abraham (until she had a falling out with GR Media head Gina Rodriguez), Teen Mom 3‘s Mackenzie Douthit McKee and co-star Briana DeJesus, Tan Mom Patricia Krentcil, Anthony Weiner mistress Sydney Leathers, Basketball Wives LA‘s Sundy Carter, and The Real Housewives of New Jersey‘s Danielle Staub. I’ve provided a few links, but you can Google any of them and see all sorts of sex tapes, before-and-after boob job photos, songs with Adam Barta, appearances on therapy reality shows, etc. 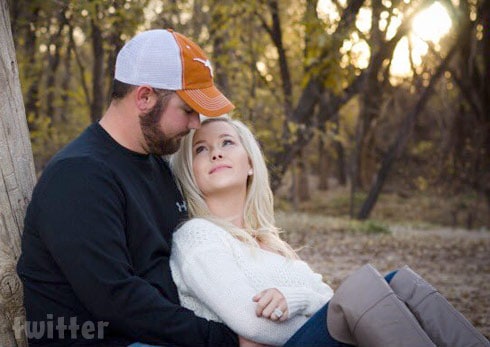 Meanwhile, in actual real Lindsey news, it could be that Lindsey’s four-year-old daughter Aniya may be getting a younger sibling soon! “I don’t think my baby fever has ever been so high,” Lindsey tweeted last week. “Can’t wait to have a little one, to see my husband hold our baby for the first time,” she added with the ?❤️ emoji.

Later in the day Lindsey happily lamented, “When your biggest worry in life is deciding which month to get pregnant in.. #lifeisgood.”