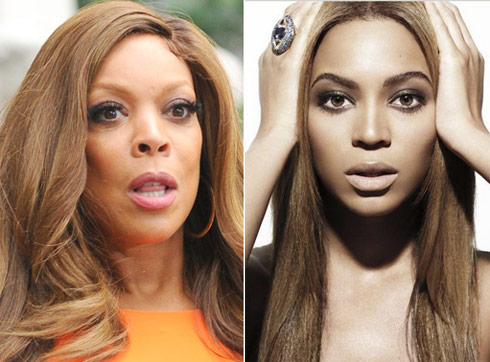 Wendy Williams turned a would-be compliment into a back-handed insult as she unloaded on superstar Beyoncé.

Wendy was chatting up Beyoncé’s upcoming self-directed documentary on HBO all about her life when she said:

“I am a Beyoncé fan. I’m gonna watch her upcoming documentary because fortunately one of the TVs in our kitchen has closed captioning so I’ll be able to understand what she says. You know Beyoncé can’t talk. She sounds like she has a fifth grade education.”

Wendy’s audience let Williams know “how you doin’ ” about her Bey poopooing with a rally of boos. Wendy, never one to shy away from a little drama – like say her belief that Beyoncé was faking her pregnancy, didn’t let it go at just that. She acknowledged the dissatisfaction of the people this way:

“Excuse me, I just said I was a fan. But we have to call a spade a spade.”

I know Beyoncé caught some grammar heat from critics after her letter to First Lady Michelle Obama (I certainly know all about messin’ up some grammar) but I’ve never noticed the singer, entertainer to be anything but well spoken. I think I’m gonna have to join with a boo of my own for Wendy’s ill-advised comment – just callin’ a spade a spade y’all.

PHOTOS Beyonce’s wedding dress revealed in “I Was Here” video