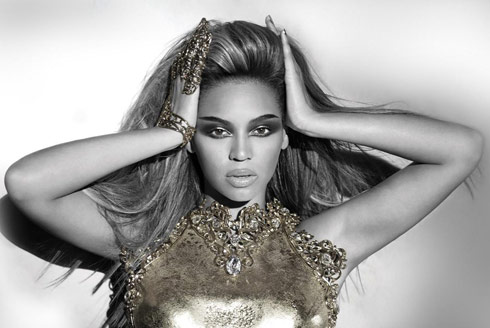 Pop superstar Beyoncé (girl’s so omnipresent and popular she gets the one-name moniker pass that also features a letter with an accent mark) has penned an essay for The Shriver Report about the myth of gender equality.

Queen Bey’s piece is part of a multi-author series, A Woman’s Nation Pushes Back from the Brink, that features other celebrities including LeBron James and Eva Longoria.

Here’s what she had to say:

We need to stop buying into the myth about gender equality. It isn’t a reality yet. Today, women make up half of the U.S. workforce, but the average working woman earns only 77 percent of what the average working man makes. But unless women and men both say this is unacceptable, things will not change. Men have to demand that their wives, daughters, mothers, and sisters earn more—commensurate with their qualifications and not their gender. Equality will be achieved when men and women are granted equal pay and equal respect.
If women received pay equal to their male counterparts, the U.S. economy would produce $447.6 billion in additional income.

Humanity requires both men and women, and we are equally important and need one another. So why are we viewed as less than equal? These old attitudes are drilled into us from the very beginning. We have to teach our boys the rules of equality and respect, so that as they grow up, gender equality becomes a natural way of life. And we have to teach our girls that they can reach as high as humanly possible.

To find out more about the collection, A Woman’s Nation Pushes Back from the Brink, you can check out the official website here.

Best quotes from Beyonce’s documentary Life is But a Dream