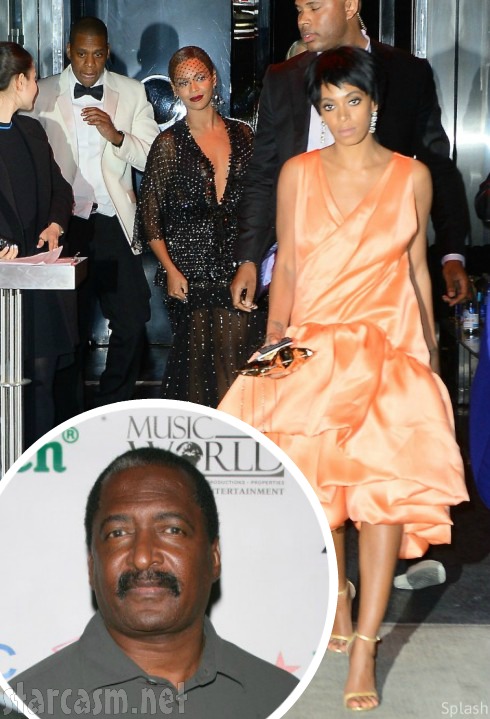 Ever since Beyonce dismissed dad Mathew Knowles as her manager, their relationship has very obviously been strained — even though she denied the business decision affected their personal lives. But now he seems to have committed the ultimate betrayal by accusing both of his daughters of staging the infamous post-Met Ball elevator brawl to boost Beyonce’s tour sales and Solange’s record sales.

“I know, because we’ve done this… From experience, there’s a tour going on, so you have to sometimes ignite that tour. It’s called a Jedi mind trick. The Jedi mind trick fools you a lot of time,” he told a Houston radio station on Wednesday. “Everybody’s talking about it. Ticket sales went up. Solange’s album sales went up 200 percent.”

Listen to the interview here. His comments on the brawl begin at the 6:10 mark.

Mathew, who is teaching “The Entertainment Industry: How To Get In?” (aka, “How to be Like Beyonce”) at Houston Community College Central on Sept. 13, added “you have to be smart, you have to understand the media” to make it in the business…

Considering Mathew was Beyonce’s manager and likely taught her a few tricks, do you think he knows what he’s talking about?