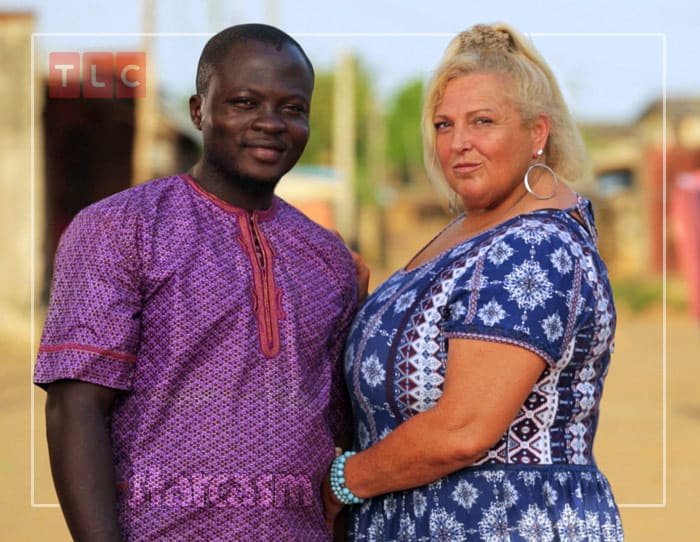 52-year-old southern grandma Angela Deem is all but guaranteed to be one of the most talked about new cast members on the new season of Before the 90 Days as she combines a Marlboro-raspy Mama June-ish Georgia drawl, unchecked aggression, and a complete lack on inhibition when it comes to using her outside voice with a face-palming relationship narrative that includes a Nigerian man she met on Facebook named “Michael.”

Plus, we know that Angela is COMPLETELY willing to act a fool for the TV cameras because she has done it for a national audience before. At least three times before! Angela appeared on the daytime talk show Trisha in May of 2014 along with her daughter Scottie. (Link below.) The episode was in regards to the paternity of Scottie’s baby, Angela’s grandchild.

Angela’s antics on Trisha must have caught the eye of the producers on Maury Povich’s show (Trisha was actually a spin-off of Maury, so it makes perfect sense) because Angela and Scottie appeared on Maury in February of 2015. Angela played the villain on this one as she insisted that the father of her grandbaby was an ex of her daughter Scottie. (They supposedly had a paternity test while on Trisha, so I’m not sure what the confusion was at this point.)

Angela and Scottie were part of a “Mother’s Day Update” episode of Maury in May of 2015 before returning yet again for yet another paternity issue involving Angela’s new grandbaby in November of 2016.

CLICK HERE for videos of Angela’s appearances on Maury! 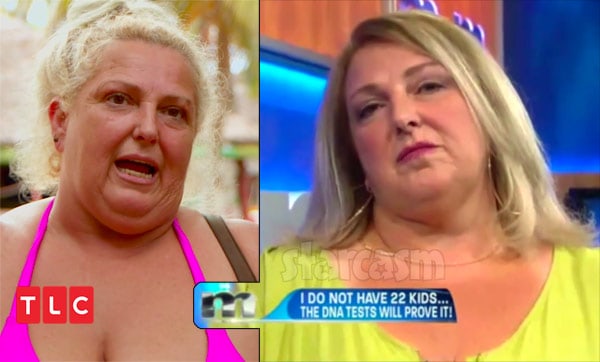 No aspiring trashy TV star’s resume is complete without a mug shot, and Angela has at least one of those. She was arrested in February of 2015 and charged with failure to yield to an emergency vehicle as well as driving with a suspended or revoked license. It’s unclear why her driver’s license was suspended or revoked. I did find one reference explaining why online, but I have been unable to verify it yet due to how difficult it is to research court records in some rural Georgia counties.

Now, before you go writing Angela off as a fraud who is willing to “look like a f**king fool” (as she puts it in the Before the 90 Days teaser trailer) for attention, I should point out that her Facebook page is CHOCK FULL of some of the most over-the-top trashy family drama I have ever run across as a celebrity blogger! We shared some samples here, including Angela and her daughter Scottie feuding with Scottie’s aunt on her dad’s side after her dad had passed away. (Scottie’s aunt was using her deceased brother’s Facebook page for the feud, by the way.) So you can rest assured that even if Angela is ramping up her personality for the show, you are getting a fairly accurate picture of her.

So are Angela and “Michael” still together? There is no evidence that the two are still together, but they did have a brief interaction recently on Facebook. Angela posted a photo with her daughter Scottie from New York City last week, where they were filming the Before the 90 Days Season 2 Tell All, and Michael commented: “Angel send me the pics pls ?.” Angela responded by writing: “Michael get off my pg.”

And for those of you asking the obvious question: No, Michael is not his real name. Michael’s real name appears to be Kehinde Ilesanmi, and he looks to be some sort of used car salesman in Lagos, Nigeria. 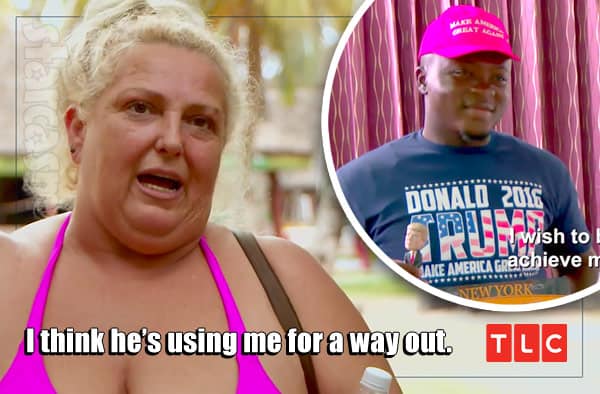 Although there is no indication that Angela and “Michael” are still together, I’m thinking they are prime candidates to receive the Darcey and Jesse treatment by being invited back for another season regardless of their actual relationship status. Something tells me that scenes with Angela in Nigeria are going to be memorable to say the least, and producers may look to go back to the well. Michael in Hazlehurst, Georgia would also make for some entertaining television viewing I’m sure, but I cannot imagine that he will be able to successfully get through the K-1 visa process.

Meanwhile, be sure to keep up with Angela and Michael’s relationship journey with new episodes of Before the 90 Days airing Sunday nights at 8/7c on TLC.

And in between episodes, you can get all caught up on the “evuhdense” binders for the cast members with our other cast profile posts:

Were Jon and Rachel already engaged? Did they have a GoFundMe campaign?

Everything we know about Ricky from Colombus, Ohio and his potential Colombian catfish girlfriend Melissa

Are Rachel and Jon still together?