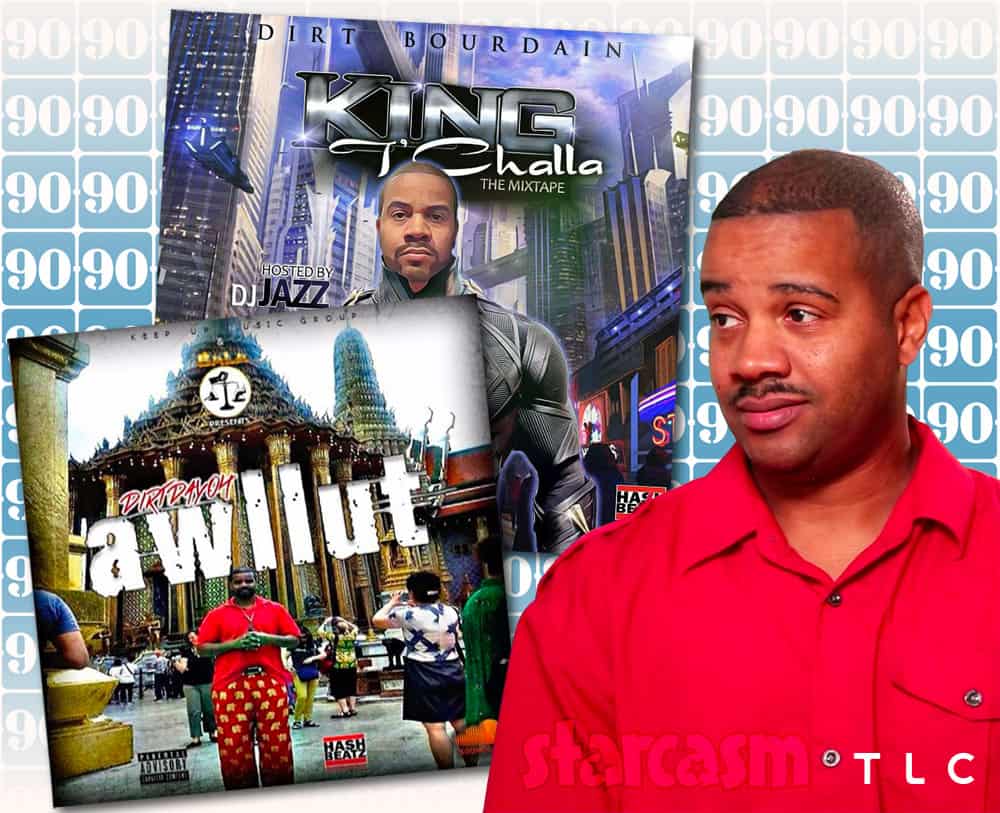 We’ve only got two more weeks until TLC premieres the second season of its popular pre-K-1 visa reality series Before the 90 Days, which means it’s time for us to put on our 90 Daytective hats and find out all we can about the new cast members! The first evuhdense binder we will be cracking is the one belonging to 43-year-old Tarik of Virginia Beach, Virginia. The TLC bio for Tarik reveals that he is a single father of a young autistic daughter who met his potential Filipino fiance Hazel via an Asian dating site. (PLEASE say it was Filipino Cupid!)

As you can see in the preview trailer (link above), as well as Tarik’s intro video below, Tarik’s brother plans to make the trip to the Philippines with Tarik because he is wary of Hazel’s intentions. OK, that’s pretty much all we know about Tarik based on what TLC has revealed.

So, what else were we able to find out about Tarik?

His full name is Tarik Myers and he’s a (now 44-year-old) licensed real estate agent who currently lives in Virginia Beach, but who grew up in Dayton, Ohio. Here is how Tarik describes himself on realtor.com:

I’ve been studying Real Estate since the late 1990’s. I actually got licensed and began to work in 2005. August 2015 will mark my 10th consecutive year of providing real estate services to this lovely Hampton Roads community. I have an extensive and nuanced knowledge of the area, it’s neighborhoods, military bases, and waterways. I am a highly skilled negotiator who, in the words of my clients, “works best under pressure”. I find a way to get it done! EQUATOR CERTIFIED!

I couldn’t dig up much legal trouble in Tarik’s past, but I did run across a civil suit he was involved in almost a decade ago. He created Quantum Money LLC in 2009 and his company filed a lawsuit against a real estate lender for civil fraud and tortious interference in 2011. Quantum Money won a judgment of $75,668 from a jury a year later.

Perhaps he used that windfall as seed money for his true passion because in addition to his real estate endeavors, Tarik is also a rapper! He initially recorded under the name Dirt DayOH (which I assume is a tribute to his hometown of Dayton, Ohio), but his most recent releases have been under the name Dirt Bourdain. The inspiration for the name change appears to be the late Anthony Bourdain as Tarik posted a quote on Facebook and attributed it to “T.Myers, the Black Anthony Bourdain.”

Tarik’s most recent release is an entire album of tracks paying tribute to The Black Panther movie titled King T’Chala the Mixtape. The album cover features an illustrated version of Tarik as King T’Chala against a backdrop of Wakanda: 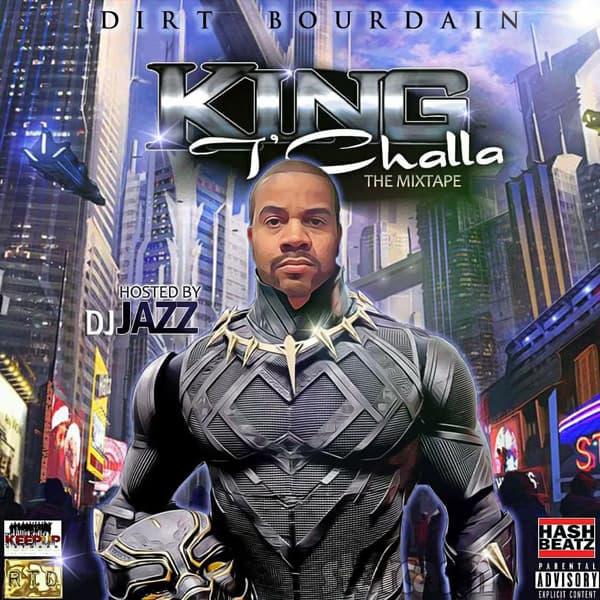 Here is a description of the album from DatPiff, followed by an embed of the entire album — notice that Tarik is once against referred to as “the Black Anthony Bourdain” in the description:

This is the exciting, soulful, and extremely raw musical interpretation of the blockbuster movie Black Panther from Dirt DayOH aka the Black Anthony Bourdain. It’s a hard-hitting, frank, in your face conversation about the mythical Wakanda and how it relates to real life America. DayOh’s rhyme and story telling skill will have you comparing him to the greats. His musical maestro Hash Beatz has done arguably his best work… and that’s saying a lot. Hosted by one of the top mixtape DJ’s in the country, DJ Jazz. If you loved the movie, you’ll love this album. If you hated the movie, this album will effectively p!ss you off.

I could only find one other release by Tarik under the name Dirt Bourdain, a single track simply titled “Go.” Have a listen:

As mentioned above, prior to becoming the Black Anthony Bourdain, Tarik spit his rhymes as Dirt DayOH. Here is Dirt DayOH’s bio followed by his debut album titled Reli-Genocide:

DayOh grew up in Dayton Ohio,home city of groups like the Ohio Players and Zapp and Roger Troutman and many others who had an impact on this budding emcee out of the Midwest. He was influenced by east, west and southern hiphop bein a product of this unforgiving and violent region that most know to be our country’s Heartland.He took those influences and created a completely different sound and kind of rap music. In this his Debut album entitled Reli-Genocide he displays his fearless outlook on Religion, Relationships, Life, Love and Hate!! Welcome to the futuristic ghetto sounds of Dirt DayOh and long time producers the GuttaBruthazz on this Incredible, cautionary and maybe even disturbing mixtape called… Reli-Genocide!

Tarik’s producer on most all of his tracks is a guy who goes by the name Hash Beatz. I am 96.3% sure that Hash Beatz is the brother of Tarik who will be featured on Before the 90 Days. Unfortunately, I wasn’t able to close the gap of the final 2.7% with a smoking gun linking the two men. Here are side-by-side photos for you to decide on your own: 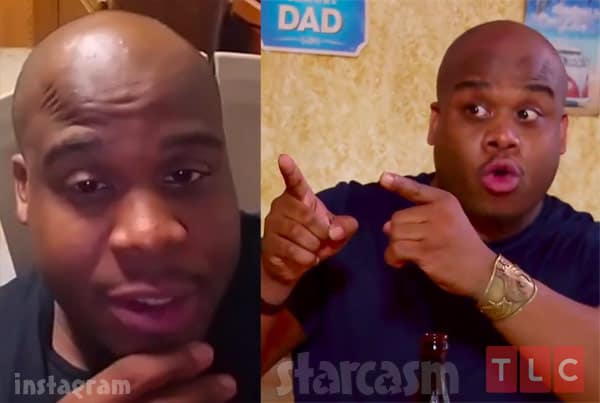 UPDATE – I am officially bumping up my certainty to 100% because I did find a smoking gun in the form of the very unique bracelet being worn by Tarik’s brother in the TLC clip. Check out the same bracelet on Hash Beatz: 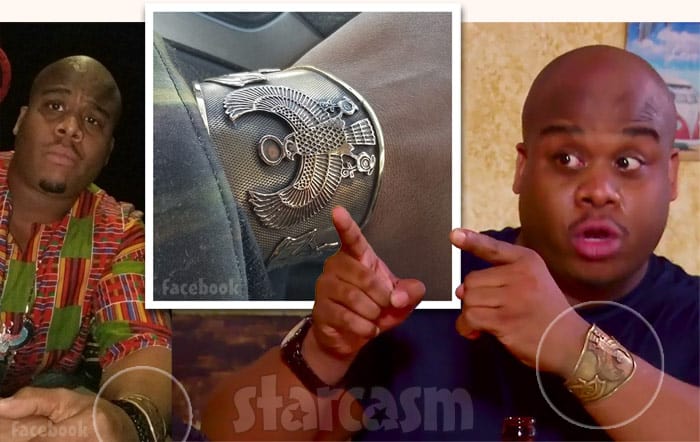 Hmmmm… Perhaps Dirt Bourdain could do a musical collaboration with Evelyn Cormier! Claremont isn’t all that far from Virginia Beach, right? Actually, this probably wouldn’t work given how insistent both Tarik and Evelyn would be about using their own producer. ***SIGH***

If you are here to find out spoilers about Tarik and Hazel, I have ABSOLUTELY NOTHING for you. There is no evidence of Hazel whatsoever on any of Tarik’s social media pages, although one of his Instagram accounts is private and the other has been deleted.

Tarik did post this photo of a map of Southeast Asia with a heart drawn on it on Facebook back in November of 2016: 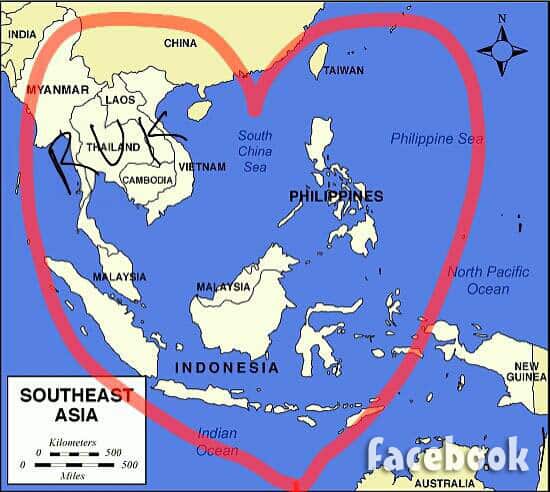 He also uploaded a very brief video clip sitting across from a woman that looks to be Asian back in July of 2016. I should clarify that Tarik does appear to travel a bit, so this could easily be another woman. Here is a screen cap from the video beside a photo of Hazel from the preview: 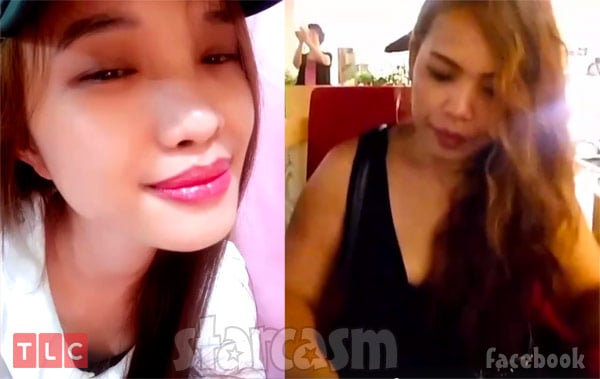 In other words, to find out whether or not Tarik’s relationship with Hazel panned out or not, you’re going to have to tune in for the new season of Before the 90 Days, which premieres Sunday, August 5 at 9/8c on TLC! (Unless we find out first, of course!)

While you wait for the premiere, I’ve compiled every embeddable song by Tarik (aka Dirt DayOH and Dirt Bourdain) that I could find online for your listening pleasure. Actually, all the Dirt Bourdain tracks are above, but here is some more Dirt DayOH for you: