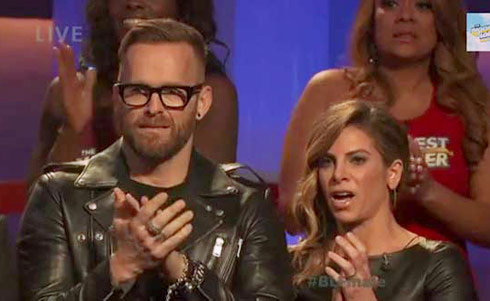 Coaches Jillian Michaels and Bob Harper’s faces said it all: When Rachel Frederickson stepped out on the stage during last night’s Biggest Loser finale, her weight loss was more than dramatic. It was downright shocking.

Rachel, 24, began the show at 260 lbs. She steadily lost weight throughout her time at the ranch, which was all monitored by physicians. After advancing to the finals in mid-October, Rachel left the ranch to continue dieting and exercising at home. She weighed 150 lbs. 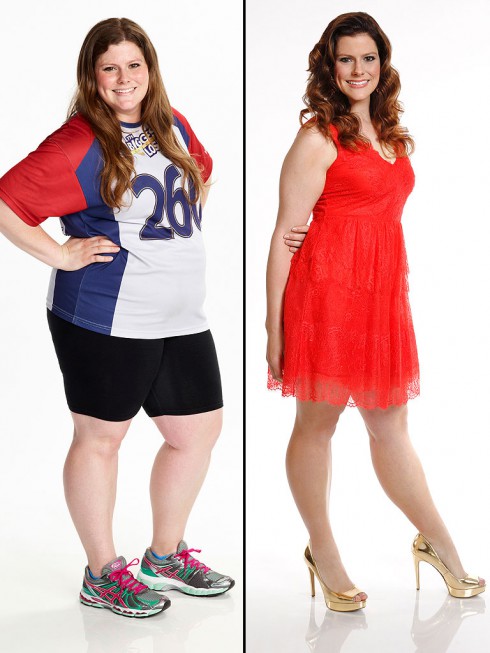 ^ Rachel Frederickson at the start of The Biggest Loser and during makeover week.

Last night, Rachel barely tipped the scale at 105 lbs. At 5’4″, that gives her a BMI of 18, which is considered “underweight” by the National Institutes of Health. 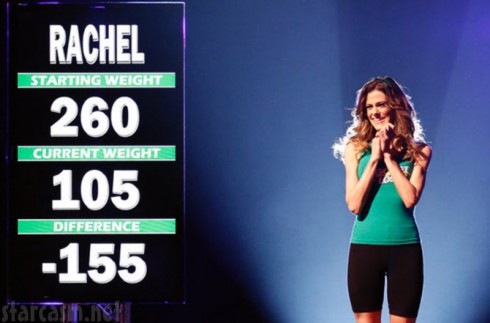 Before joining the show, Rachel was a three-time state swimming champion with a strong, athletic build. She received multiple offers to complete in college, but turned them down to follow a boyfriend to Germany. 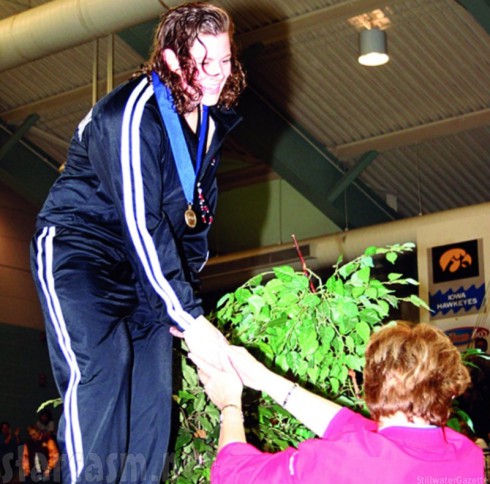 ^ Rachel as a champion swimmer in high school.

When that relationship ended, Rachel turned to food and ended up gaining 100 lbs.

“I was very hard on myself for some of the decisions I made. I’m ready to become that strong and confident girl again, to free myself from the past, live in the present and make the changes I need to be happy with myself and live the life I always imagined,” she said for her Biggest Loser bio. 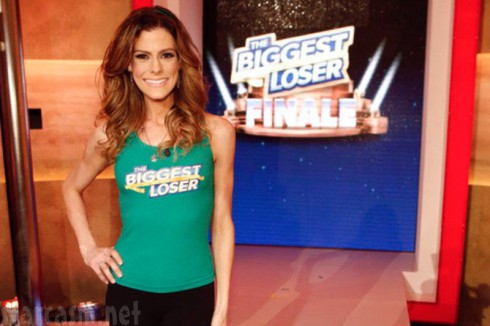 The problem is, obsessing about food and exercise is the antithesis of living “in the present.” I know. Although we don’t know how Rachel went about weight loss in the comfort of her own home, the end results are deeply concerning — and not just for Rachel.

Writing about her reaction to Rachel’s transformation, recovering anorexic Meredith Turtis wrote for Bustle she immediately began obsessing about her own weight.

“If a look at her, someone for whom confetti rained down and to whom a quarter-million dollar check is doled out, can have that effect on me, I wonder what it can do to someone who’s even more fragile. I’d rather not know.” 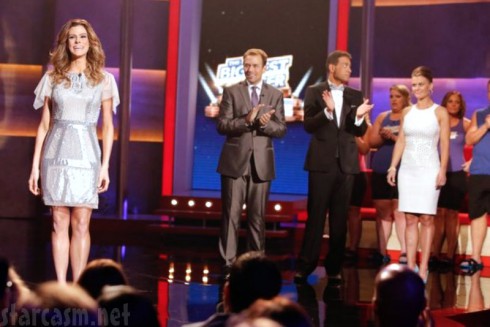 The Ashley, who attended the finale, said Rachel’s new form was even more shocking in person.

For now, Rachel is dismissing concerns.

“I’m at the maintenance point now… I plan to try new exercises and just continue on this path and see where that takes me,” she told Ashley, who wrote an article for Today. “I am extremely proud of the way I lost the weight on the show. I did everything so naturally.”

I will echo what many others are saying: Rachel isn’t to blame for this backlash. She was a competitor on a show that rewards people for losing weight, pure and simple. She lost the most. She won $250,000.

But, what if she replaced emotional eating issues with similarly harmful restrictions? What if she continues to lose weight? And what if there are others who were set on destructive paths?

I just hope NBC comes up with answers before The Biggest Loser loses even more.

BEFORE and AFTER PHOTOS: Vicki Gunvalson got a new face