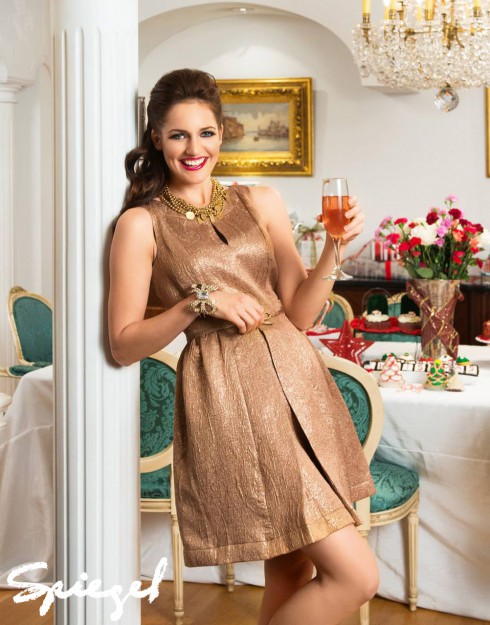 It’s been almost a year and a half since American television viewers were introduced to TLC’s cast of five former Amish and Mennonite men and women eschewing their restrictive religious communities and moving in together in New York City as part of the hugely popular Breaking Amish reality series. Among the three women and two men, only one seemed to have a clear idea what he or she wanted to do after becoming “English,” and that was aspiring model Katie “Kate” Stoltzfus.

Fans of the show got to see Kate as she was introduced to the modeling world, eventually finding a good deal of success and landing a photo shoot for the Spiegel catalog in Season 1. By Season 2, Kate appeared to be a full-fledged professional model, and even had to leave the cast behind (or so she thought) for a modeling shoot in Miami while filming.

Kate made headlines when she made the pages of Maxim magazine in a sexy (but tasteful) spread in the man candy periodical’s July/August 2013 issue. But what has Kate been doing since the Maxim shoot? Has she been able to continue modeling professionally?

The answer, judging from her Facebook page as well as some of the photographic evidence below, is a resounding YES! 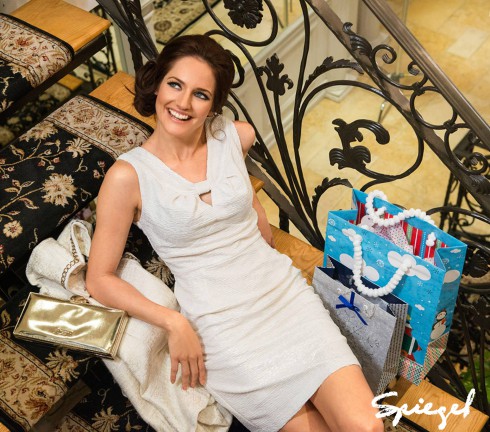 It appears that Spiegel (who also used Kate for a retro catalog cover just prior to the Maxim spread) has maintained their affinity for Kate and used her extensively in their 2013 holiday campaign.

Here are some sample shots shared by the retailer on their Facebook page: 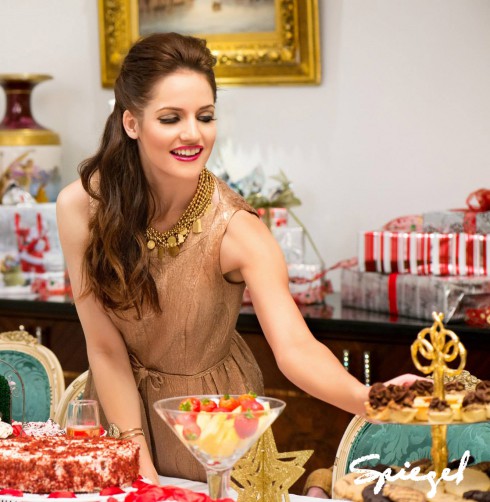 (Above photos by Anna Gunselman. Creative Direction by Richard Lowe.)

You know someone likes you when they use your photo for their Facebook icon: 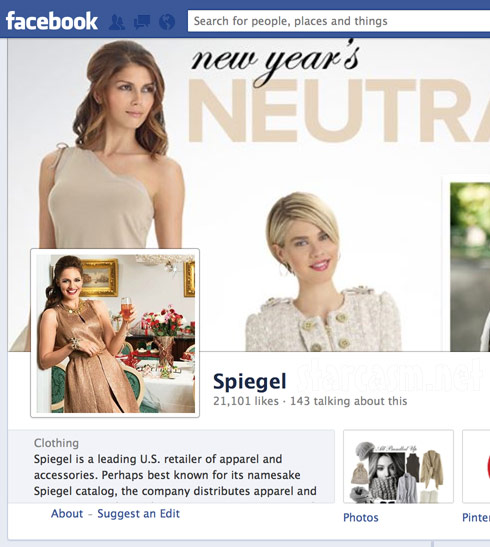 I also managed to track down the promotional video from the shoot featuring Kate — shot by Mike Cooke and since removed from Spiegel.com after the holiday season was over:

Spiegel – Home for The Holidays from Mike Cooke on Vimeo.

But Kate isn’t just having success in the modeling industry, she also seems to be moving up the ladder in the New York City social scene as well! Kate scored an invite and a red carpet appearance at the very hip annual two-day Leather & Laces pre-Super Bowl part at the Liberty Theater in Times Square.

Kate made a couple posts about the soiree on Facebook, including this amazing behind-the-scenes photo that she captioned with, “Had the time of my life at my first red carpet event.. Admit the cameras flashing were a little overwhelming! Paris Hilton was the deejay. Can’t wait to do it again tonight!!” 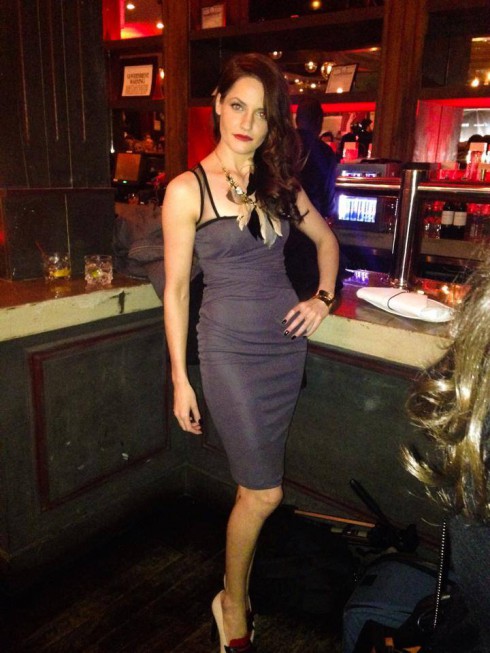 Yes, Paris Hilton was the DJ at the party. And in case you needed some more name dropping, the super model hosts included Alessandra Ambrosio, Adriana Lima, Brooklyn Decker and Bar Rafaeli — not bad company for an aspiring model, no?

Still not impressed? Well Kate also shared another photo that she captioned “Justin Beiber skateboarding at the Leather and Laces party on Sat night. What am amazing event!” (You can see the blurry cell phone photo of the Biebs hopping on his board here.) Like it or not, it don’t get no more A-list than the Biebs yo!

And here are a few more shots of Kate Stoltzfus on the red carpet at the Leather and Laces event, obviously wearing a different look than the one above: 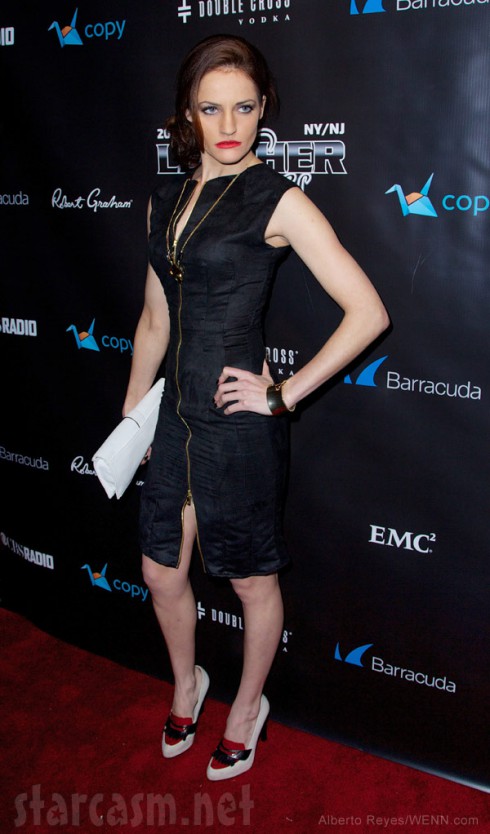 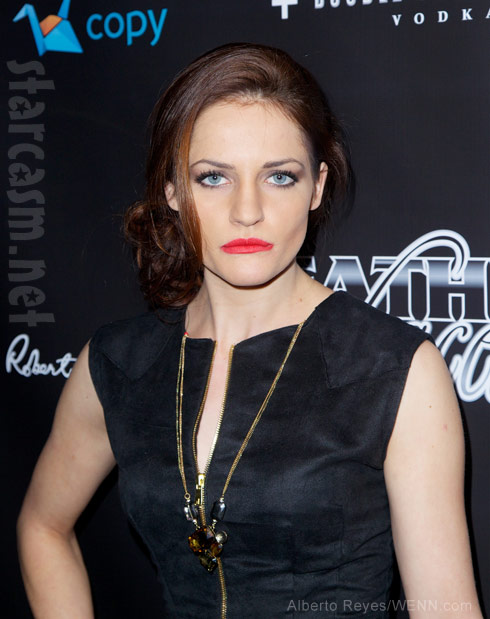 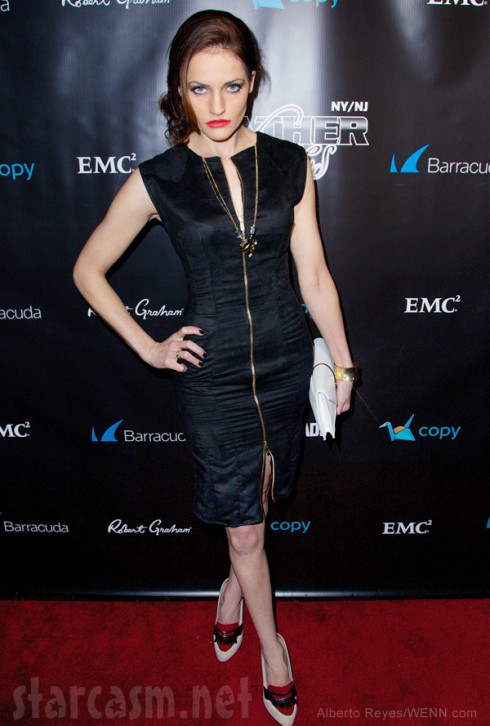 I want to send out a HUGE congratulations to Kate. I’ve watched A LOT of reality shows with aspiring models (not even counting America’s Next Top Model) and I can’t recall any of them ever really making a legitimate, non-fame driven success out of it. Actually, I think making the pages of Maxim wasn’t nearly as big a deal as being in the Spiegel catalog because fame or notoriety (combined with a hot bod) can get you in Maxim — the same absolutely cannot be said for the Spiegel catalog!

I look forward to seeing more of Kate and following her career further, and I’ll be sure to do periodic updates for all you Breaking Amish fans — or just Kate Stoltzfus fans. But, you don’t have to wait for my post, you can always just give her Facebook page a like. 🙂