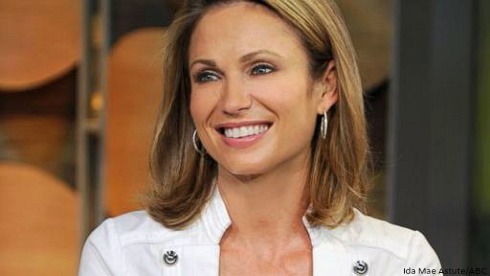 Good Morning America anchor Amy Robach revealed on the ABC show this morning that she has breast cancer. The public admission was appropriate, considering Amy only learned of her disease after producers talked her into doing on on-air mammogram during Breast Cancer Awareness Month.

“If several producers and even Robin Roberts herself hadn’t convinced me that doing this on live television would save lives, I would never have been able to save my own,” Amy said of her Oct. 1 mammogram.

As an active, healthy woman without a family history of the disease, Amy said she didn’t think twice about putting the diagnostic procedure off after her 40th birthday. (There is controversy about mammogram guidelines: The USPSTF recently updated its guidelines to say women should begin mammogram screenings after their 50th birthdays. The American Cancer Society suggests women begin screenings after turning 40.)

Amy said she was even reluctant to go through with the mammogram when GMA producers suggested it in September. 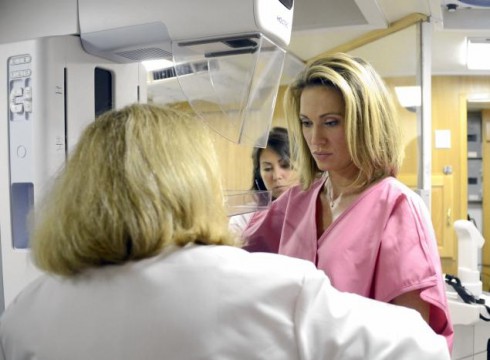 “After breathing a big sigh of relief once it was done, my breath was taken away only a few weeks later,” Amy said in a blog post. “I thought I was going back in for a few follow-up images, only to find out in a matter of hours that I had breast cancer… The doctors told me bluntly: ‘That mammogram just saved your life.'”

With the support of husband Andrew Shue and their five children, Amy plans to undergo a bilateral mastectomy on Nov. 14.

“Only then will I know more about what that fight will fully entail, but I am mentally and physically as prepared as anyone can be in this situation,” Amy said. “And while everyone who gets cancer is clearly unlucky, I got lucky by catching it early, and there are so many people to thank for making sure I did. Every producer, every person who urged me to do this, changed my trajectory… I was also told this, for every person who has cancer, at least 15 lives are saved because people around them become vigilant.”

When Amy makes it through this, she will join co-anchor Robin Roberts as a breast cancer survivor. Robin discovered her breast cancer during a self-exam in 2007 and later underwent a partial mastectomy.

FAMILY BY THE TON Amanda cancer and health update: ‘Finally…a future worth fighting for’