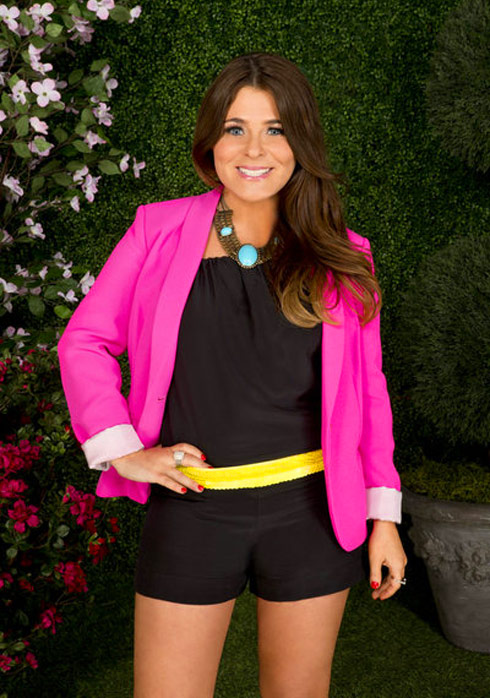 Some very sombre news from the world of reality television as Princesses: Long Island star Ashlee White has been hospitalized after suffering a stroke, according to her friend and cast mate Casey Cohen. Casey tells us she spoke with Ashlee and that she is currently in ICU and has lost feeling in her legs. We don’t know much more at this time — we will update as soon as we know more.

UPDATE – Casey just tweeted, “Thank you for all of the support! @AshleeWhite23 is in recovery, alert & re-learning to walk. She keeps smiling from all your well wishes!”

UPDATE – Ashlee is back home and has already “taken her first steps!” Click here for all the latest updates!

This would be the third stroke for the 31-year-old reality star, who opened up about one of her frightening experiences on the Princesses: Long Island season finale. “I lost my speech,” Ashlee said of a stroke she suffered just over a year ago. “I couldn’t talk. I lost my balance. I was bed-ridden for eight months. I lost my short-term memory.”

Ashlee, who always seems to maintain a positive attitude, used the terrifying experience to enhance her appreciation of life. “I have took my second chance and I have made it into this life that is so worthwhile,” Ashlee revealed. “But it will never be the same.”

Ashlee has also addressed her health issues on her Bravo blog. On June 12th she talked about a scene in which she prayed for the things she was thankful for:

I was actually thanking God for all of my amazing blessings and the family he has given me. I was also praying for health and happiness for everyone there. With the health issues I’ve had, including having a stroke, I’ve learned that everything could be taken away in an instant. As a result, I’ve become even more grateful for each and every day. It really puts everything into perspective for me, including the drama that unfolded at the table.

And on June 23 she talked about her 30th birthday party and how it meant so much more to her due to her medical issues:

I was celebrating turning 30, but it was also about a celebration of life. It had been a year since my stroke, and so it was an occasion that was so special for my family and me. I feel like I lost everything when my health came crashing down, but my family stood by me and ultimately pulled me through. So, we couldn’t wait to celebrate!

We wish Ashlee White a speedy recovery and encourage everyone to send positive thoughts, love and prayers to Ashlee at her Twitter handle @AshleeWhite23!! Just like her good friend (and Princesses: Long Island cast mate) Casey Cohen did:

Praying for my girl @AshleeWhite23 who just suffered from another stroke. Sending love & light your way. ❌⭕

Everyone please be supportive of @AshleeWhite23 during this difficult time my prayers and love go out to her and her family.

. @AshleeWhite23 & I have a complicated friendships.Out of respect, I would like not to comment on her health. I am praying for her & family

My thoughts and prayers are w @ashleewhite23 & the white family. Wishing 4 only good health and the best. #keeppositive

My prayers and thoughts are with @AshleeWhite23 & her family. I'm praying for her fast recovery & sending her all my… http://t.co/QC7FErRDNx