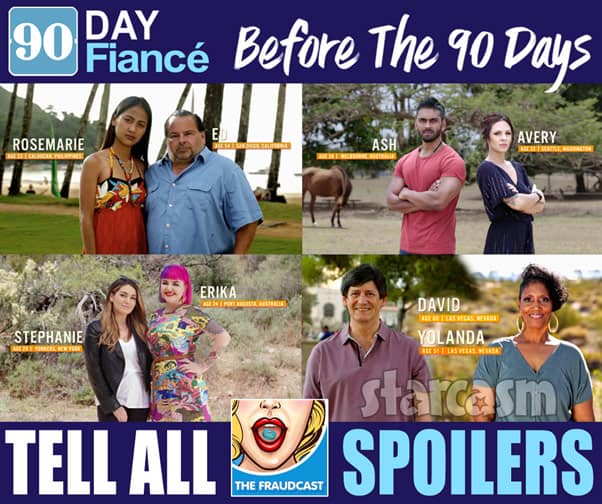 The 90 Day Fiance: Before the 90 Days Season 4 Couples Tell All special was filmed remotely over the weekend, and the hosts of The Fraudcast podcast have just shared LOTS of spoilers!

The behind-the-scenes tea party takes place on the most recent episode of the podcast titled in part “Rose Gets Real.”

As we previously reported, one of the biggest spoilers about what we can expect to see on the Tell All is what we can expect to not see in the form of Geoffrey Paschel and Varya Malina. Co-host Katrina iterated what she posted earlier on her @FraudedByTLC Instagram account, which was that Geoffrey was not asked to participate. “They asked [Varya] to come, but she wouldn’t come without Geoffrey,” Katrina adds. You can click here for all the details on that, as well as a pretty big spoiler for Geoffrey and Varya in regards to his marriage proposal!

From here I will take a very loose alphabetical approach and start with Avery Warner and Ash Naeck. 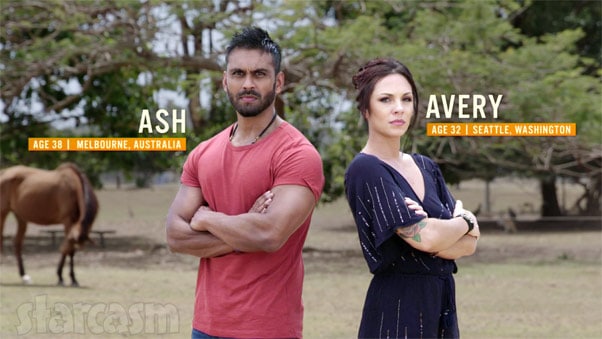 The Fraudcast hosts confirm that Ash and Avery did remain together throughout the season and after, although there may have been another break up or two thrown in during that time. There have been reports that Ash made at least one trip to the United States to see Avery, and the hosts confirm that he did — although they did not have an exact number on how many times.

Getting back to Avery and Ash’s many break ups, apparently they had a major one “maybe a week to a couple days before” filming the Tell All. The hosts had multiple sources, and the exact dates of the break up were a little bit off. Regardless, they both arrived at the Tell All recently single.

Prior to spilling the tea about what happened with Avery and Ash at the Tell All, the hosts had a very lengthy and very intelligent discussion about the most recent episodes of Before the 90 Days after Ash’s disastrous seminar. The reaction to the scenes on social media have been very condemning of Ash, due mainly to his rather antiquated and simplistic take on men and women during the seminar. But, all three hosts of The Fraudcast are solidly on Ash’s side. They do not agree with what he said at the seminar, but they do agree that Avery did not handle the aftermath very well. If you disagree with that take, I strongly encourage you to listen to the podcast — I know it changed my perspective quite a bit!

The hosts reveal that Avery showed up at the Tell All “playing the victim” and painting Ash as the bad guy. According to The Fraudcast sources, Avery’s tactics worked on her fellow cast members early on, but by the end of the Tell All, the rest of the cast were ganging up on her! Katrina describes it as the cast having the collective epiphany that “maybe she’s not who she portrays herself to be.” 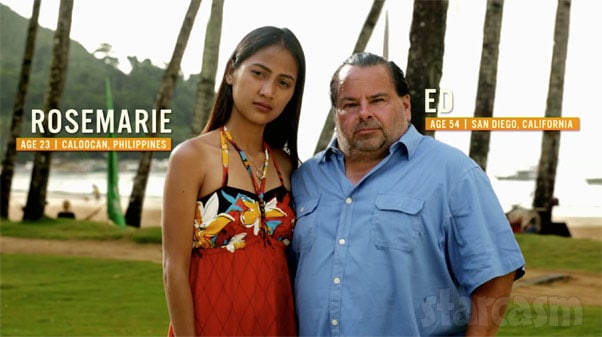 Next up is Big Ed and Rosemarie. Big Ed has done very little to endear himself to his co-stars on social media this season, and that continued at the Tell All. Katrina says that Ed suffered the same fate as Avery in that the rest of the cast ganged up against him.

In case you were wondering about the current relationship status between Big Ed and Rose, “No, they are not together,” Katrina states flatly.

As far as the drama between the couple, the only specific thing brought up on The Fraudcast is some alleged misinformation from Big Ed after his trip. “There is some argument between Ed and Rose as far as the accuracy of what occurred after Ed comes back to the United States as far as whether they tried to get back together or not,” Katrina says. It sounds like Big Ed must have said that he and Rose attempted to reconcile at some point, and that was something Rose adamantly denied? 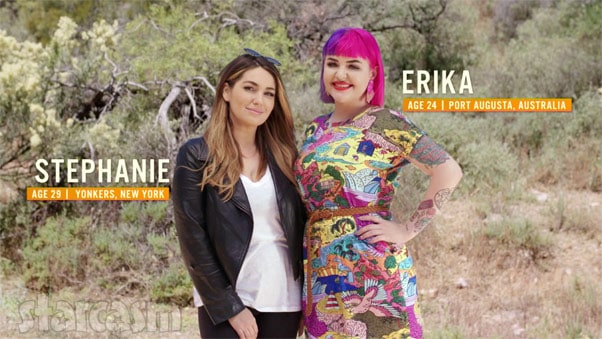 So, did the franchise’s first same-sex couple manage to overcome an apparent lack of chemistry and remain a couple? Absolutely not. Katrina reveals that Stephanie and Erika are “barely on speaking terms, in real life and on the Tell All.” Katrina says “it’s not pretty you guys” and adds that the two ladies’ “antagonistic fighting with each other continues throughout the Tell All, and it’s ugly between them.”

There were four couples that The Fraudcast didn’t have much information on in regards to the Tell All: Tom and Darcey, Lisa and Usman, David and Lana, and Yolanda and Williams. I know some of us were hoping for another Maria moment with Lana making an appearance via Skype, but there’s no evidence that was the case. Katrina does say that David did some additional filming, although she didn’t share any additional details. The most obvious guess would be that he goes back to Ukraine for a fifth time, but that would be too much, right? 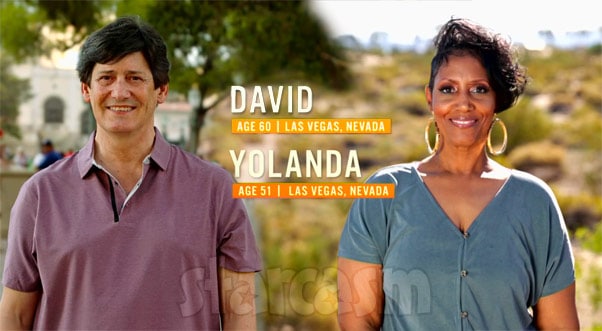 As you might have guessed, Williams will not be at the Tell All, either the real Williams, the guy from the stock photos shown this season, or the guy from the actual photos that Williams sent to Yolanda. The Fraudcast reveals that Williams’ place is taken by some sort of relationship and catfishing expert? Let’s just all hope it isn’t Jesse Meester.

There was one other potentially huge reveal from Katrina. She says that there is a proposal this season, and she STRONGLY hints that she isn’t talking about Geoffrey and Varya! Hmmmmm…

We know that Usman and Baby Girl Lisa get married, so I don’t think any sort of official proposal on his part would merit a big tease from Katrina.

Big Ed could still propose to Rose, and get flatly rejected.

Stephanie could certainly propose to Erika, especially after Erika’s feel-good coming out moment with her parents.

It’s very believable that Yolanda would propose to Williams, “Sweet*****”, or anyone else with a phone number or email address claiming to be The Williams.

Perhaps Avery realizes that she was a bit cold to Ash after his seminar debacle and she decides a great way to make him feel better would be to pop the question?

I would suggest that Tom might propose to Shannon at the Tell All in front of Darcey because that seems exactly like something he would do, but I think I saw reports online that she is currently engaged to someone else? Maybe Tom doesn’t know and finds out after he proposes? That would be quite fitting.

And the dark horse in the proposal race would have to be David. Maybe he returns to Ukraine to meet Lana for the fifth time, and this time she shows up. I give this about a 1% chance of happening, but his story DESPERATELY needs some sort of pay off — especially since we’ve also had to watch Yolanda’s catfish pipedream drag on and on and on and on this season.

UPDATE – We now know who proposed, and it is quite a surprise to say the least! Click here to find out!

Oh, and if you were wondering, Shaun Robinson does return as the Tell All host.

So what do you think? Are you excited to watch a Skype-only quarantine Couples Tell All?

BEFORE THE 90 DAYS What did Tom Brooks’ letter to Darcey Silva say?