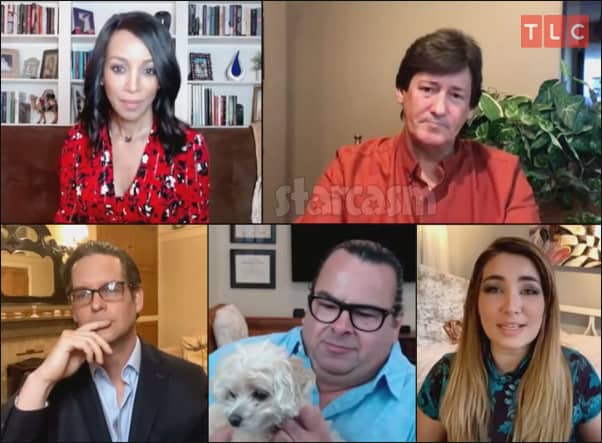 On the most recent episode of 90 Day Fiance: Before the 90 Days, viewers saw a very dejected David Murphey returning to his home in Las Vegas, Nevada after being stood up in Ukraine by his online girlfriend Lana for the fourth time. His sad tale seemed to drag on a bit as he hired a private detective in Ukraine to track down Lana, only to have the PI tell him that Lana was scamming him. That got David a bit irate, and he continued to insist that Lana was not catfishing or scamming him.

The reaction to the recent episode on social media was similar to the tale of Yolanda and Williams in that fans seem to think producers are stretching his story line too far. However, it turns out that David’s story line has some MAJOR twists coming!

David goes back to Ukraine for a fifth time! This time he heads to Kiev with the promise of meeting Lana once again. Before you get angry and inform me that this is just TLC stretching the same story line even thinner, please note that I said “twists” and not “twist” above.

And not only does David get to meet Lana, so will viewers. Similar to Caesar’s girlfriend Maria, producers put together and introductory video segment with Lana in which she is seen walking around Kiev and talking about her life. She also visits a coffee shop where she talks with a friend on the phone and answers questions from producers. Well, she answers some of the questions asked by producers. 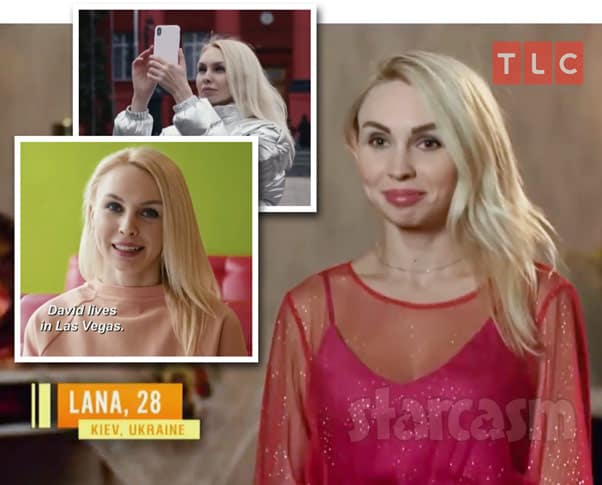 “My name is Svetlana and I am 28,” Lana says in her intro. “Only a few friends call me Lana, and so does David.” She reveals that she has left her hometown of Pavlohrad and currently lives in the much bigger city of Kiev with her sister. She says she doesn’t go back to her hometown because it’s “boring.”

In her interview with producers, Lana also says that she has never been married or engaged. She says that she signed up for the dating website and that she was the one who reached out to David first because she liked his photo, and his bio — including his love of travel. She also liked his sense of humor.

Producers ask Lana why she was looking for a man from another country, and Lana replies with a simple “hmmmm.”

“Have you met men from this dating website before?” a producer asks Lana.

“I have met men before from this website,” she answers.

“What kind of relationships were they?”

The footage cuts and we see Lana just sitting silently and not answering the question.

(The cut in the footage makes me a little wary that perhaps producers edited in the silence and maybe even the “Answer the question please” from a different context. Regardless, what viewers will see is Lana being reluctant and not answering the question.)

#90DayFiance #BeforeThe90Days David is now on Instagram! Get a link for his account – plus we found David's Facebook page with some potential spoilers about his Ukrainian bae Lana! #90Daytective 🕵🏻‍♀️🔎 #Maria2 https://t.co/TScJL1G8kv pic.twitter.com/gVyU6vqL0G

So what about Lana standing David up on four separate occasions? “I never lied to David about my reasons for why I couldn’t come meet him,” Lana says. “But now I think I’m ready,” she adds. “I want to see what he is like in real life, and then I will decide about our future. I truly feel it is time to meet face to face.”

In what will surely be a history-making moment, David and Lana DO actually meet! But that’s not all! I encourage readers to make sure your seat belts are buckled.

Are you still buckled?

Lana accepts David’s proposal! That’s right, David and Lana get engaged on the show! I guess this is the proposal that @FraudedByTLC’s Katrina was teasing on the most recent episode of The Fraudcast! I joked about it being David and Lana, but who’s laughing now? 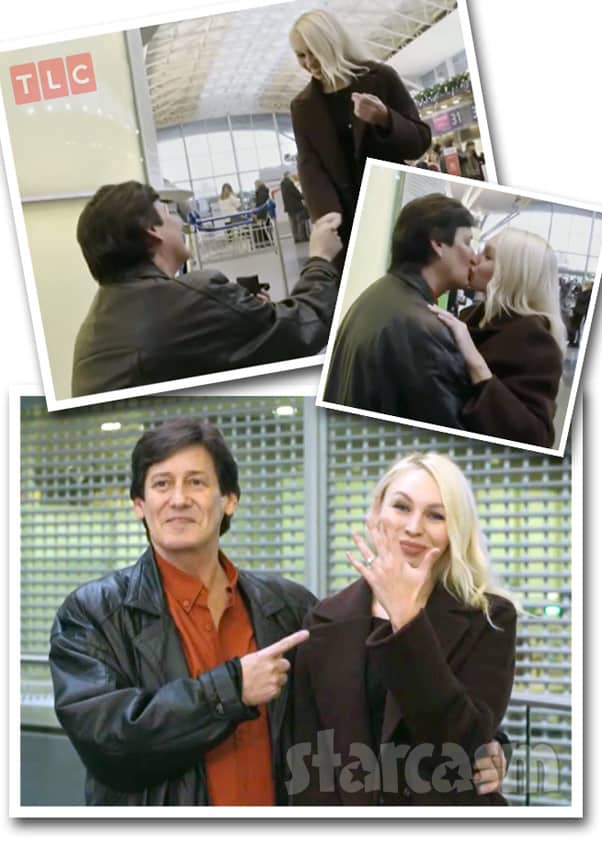 Unfortunately for David, the roller coaster ride isn’t over.

Shaun asks him at the Tell All to give an update on his relationship with Lana. “Right now, I would say that we are not together,” David reveals. “I’m not going to say we won’t be together in the future, but right now we’re not.” David says that part of the reason they are currently split up is the stress caused by the show. Lana decided not to participate in the Couples Tell All special.

Spoilers don’t come much bigger than these y’all!

To see David’s return to Ukraine, his first meeting with Lana, his proposal, and Lana accepting David’s proposal, be sure to keep tuning in for new episodes of 90 Day Fiance: Before the 90 Days airing Sunday nights at 8/7c on TLC!