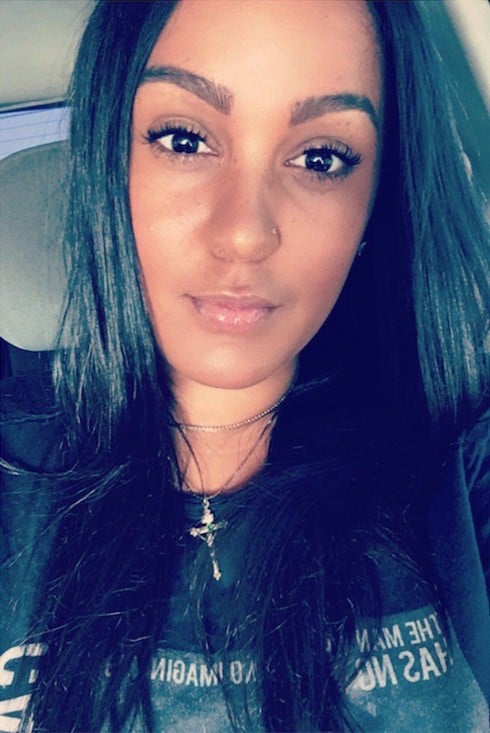 Cristen Metoyer is proud to carry herself differently than the rest of her Basketball Wives castmates. But the newbie gets a rude awakening–in every sense of the phrase–when she wears bicycle shorts on a group visit to a Palm Springs winery. The behind-the-scenes etiquette drama that ensues is worthy of an old Real Housewives of Potomac episode, and we find out that it culminates when Evelyn Lozada, already in the middle of a major feud with Jackie Christie, decides to arrange a makeover for Cristen…without asking Cristen about it first.

“I…think…you have the potential to be…super-bomb,” says Evelyn, trying to choose her words as carefully as a soldier tiptoeing through a minefield. Cristen is visibly annoyed, but Evelyn continues: “So I was like, we could bring someone in…to do a makeover”–and, to extend the military metaphor, by this point the word “makeover” is raining down like a buzz bomb.

But then Cristen responds, and the exchange becomes more like the “Funny how?” scene in Goodfellas. “Like,” Cristen says, is it like, I don’t dress–like, my outfits?” And she then does the unexpected thing by removing herself entirely: “I need a breather, right now. I really need to take myself out of this group of women that I think is judging me so I can just think clearly.” (Plus, in a cutaway, Jackie reveals that the suggested makeover is actually scheduled to go down–as in, there’s already a crew on the way to Palm Springs to carry it out.)

“It’s making me feel insecure,” Cristen explains, both to Jackie and for the camera. “Like, ‘Damn. Is something wrong with me?’….I’m very offended by this idea. Because I’m just, like, who are you guys to say that I need this makeover. And I don’t dress like you guys–which I’m OK with. I’m OK with that. But…I don’t know. I’m feeling a little uncomfortable.”

Eventually, it looks like Cristen agrees to go along with the makeover only to keep things from getting even more uncomfortable. As the scene ends, though, we don’t hear Evelyn offer anything in the way of an apology, so it’s possible that the goodwill she just earned by making the peace with Tami has already been squandered.