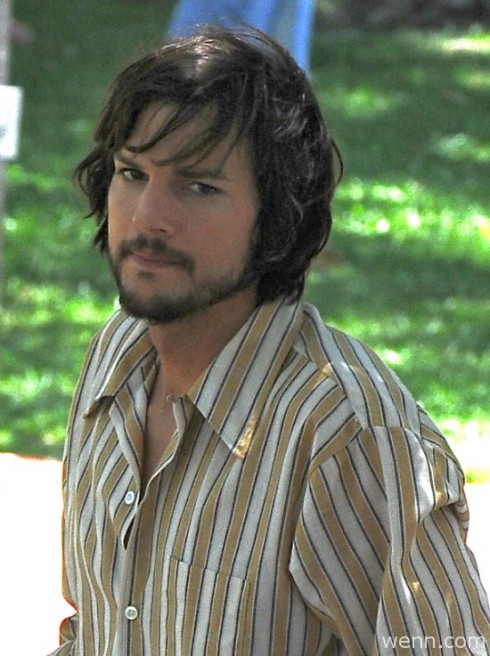 Most people can stand to eat some more fruit. But, as Ashton Kutcher found out, there’s also too much of a good thing: While preparing for jOBS, a biopic about late Apple founder Steve Jobs, Kutcher adopted a fruitarian diet similar to a diet Jobs followed at one point in his life — and was briefly hospitalized as a result.

“I was like doubled over in pain, and my pancreas levels were completely out of whack, which was completely terrifying, considering everything,” Kutcher told the Associated Press at the Sundance Film Festival premiere of the film in Park City, Utah on Friday Jan. 25. Kutcher was likely referencing Jobs’ tragic death in October 2011 at age 56 from pancreatic cancer.

Kutcher originally began the diet, which consists of only eating fruits, nuts and seeds, as part of method acting. Kutcher did this to emulate Jobs, who was a fan of natural remedies. However, since his death, there has been a lot of speculation that his postponement of conventional medical treatment after being diagnosed with a pancreatic neuroendocrine tumor may have cost Jobs his life.

According to the biography by Walter Isaacson, Jobs often went against doctors’ orders to continue with his eating habits.

Beginning in early 2008 Jobs’ eating disorders got worse. On some nights he would stare at the floor and ignore all of the dishes set out on the long kitchen table. When others were halfway through their meal, he would abruptly get up and leave, saying nothing. It was stressful for his family. They watched him lose forty pounds during the spring of 2008.

Kutcher’s experience following Jobs’ diet begs the question: Are there any benefits to the subsiding on just fruits, nuts and seeds? According to a 1999 article by Thomas E. Billings, fruitarian lifestyles can help with weight loss or short-term cleanses. However, Billings warns that the diet is nearly impossible to maintain long-term.

Instead of such a restricted diet, most doctors and nutritionists will suggest a well-balanced menu with vegetables, protein, whole grains,  some fats and — yes — fruits.