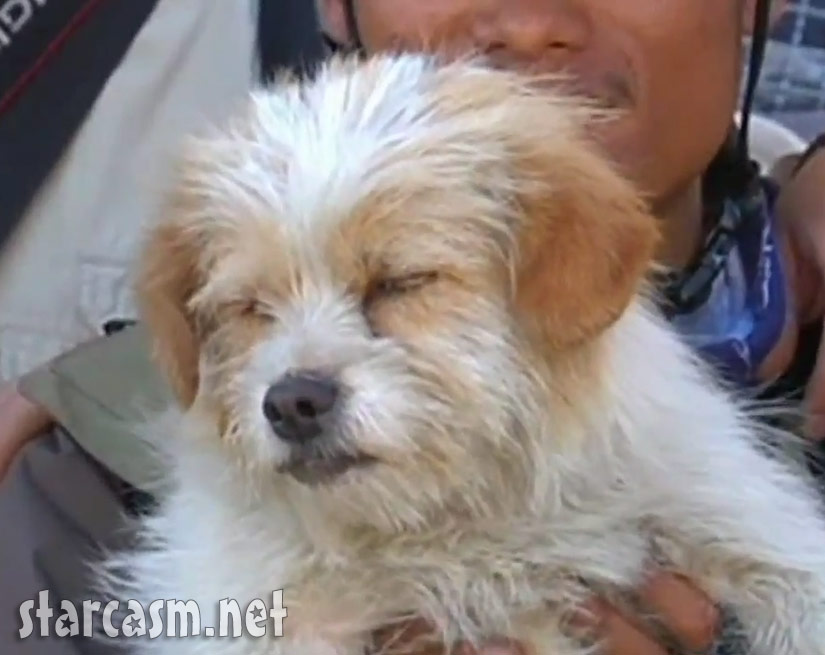 A team of cyclists were on a trek from the Sichuan province to Tibet when they came across a stray dog near the beginning of their travels. They helped the little doggie out and something remarkable happened:

“She was lying, tired, on the street around Yajiang, Sichuan province. So we fed her, and then she followed our team.”

“Followed our team,” is a massive understatement. The unflappable pup who has since been nicknamed “Xiaosa,” or “Little Sa,” completed an 1,100-mile trek across China, climbing 12 mountains in nearly 25 days. Once again, I stand firmly in defense of dogs sooooo ruling over cats.

According to the cyclists the little dog who has become a quasi-Chinese national hero kept up with the cyclists on their daily treks of 30 to 40 miles even remaining on paws while some took shortcuts. Heck, they even would catch a bus on some portions but not Little Sa, no way buddy.

The little K9 who could made treks up climbs as steep as 14,000 feet and even did her best to fend off attacks from other roaming road dogs. As if they had a choice, one of the cyclists adopted the new best friend and she got a clean bill of health after the adventure from a veterinarian.

As of this post, no Chinese cats have commented on this dog hero as they were either sleeping or getting put up on YouTube in some predictably cute way.