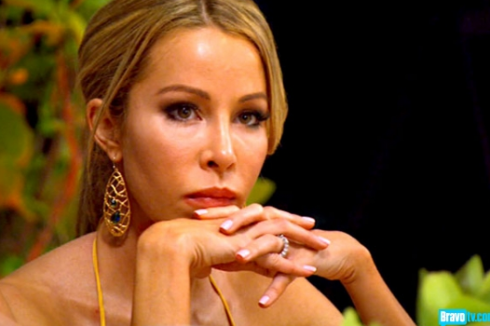 According to a report by TMZ, “[Lisa] filed a lawsuit against a woman named Jessica Lederman — claiming she suffered “severe emotional distress” after Jessica blasted her in the comment section of an entertainment news website.”

In turn, Lisa is suing for more than $15,000, which in the grand scheme of things doesn’t seem like all that much. Clearly, she doesn’t need the money so the suit seems to be more of her teaching the woman a lesson than anything. Typically when celebrities sue and claim that something cost them money, it’s in the millions — not the thousands.

This isn’t the first time a Real Housewives of Miami star has been accused of being an escort. Lisa’s co-star Joanna Krupa dealt with the same charges just a few months ago which were only fueled by the surfacing of her tickle fetish video.

UPDATE: It turns out that Lisa actually knew the woman in real life!

Do you think Lisa should be suing Jessica for her accusations? Sound off in the comments! (At your own risk, of course).