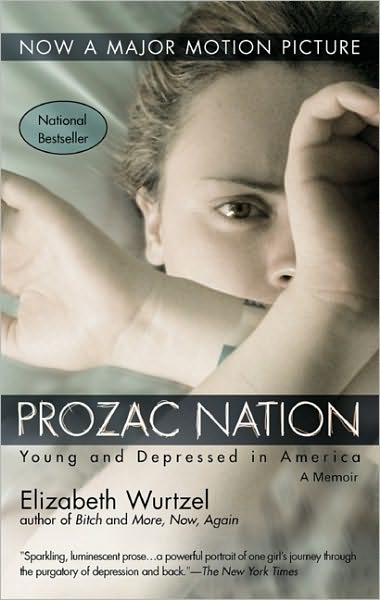 For years people who are experiencing the symptoms of clinical depression with a potential genetic link, or who have gone through extremely stressful situations like a death, divorce, or job loss, have been prescribed antidepressants to help them get through their day. Dr. Oz did a show today with Dr. Drew Pinksy calling into question whether these pills actually work, and warning of the dangers they may present.

It’s always struck me as odd that one side effect of many antidepressants is suicidal thoughts, especially when it occurs in people who did not experience suicidal thougths beforehand. Here are some other risks, according to psychiatrist Dr. Daniel Amen, who was also on The Dr. Oz Show today. Via CNBC Press Release:

On top of potential risks, mounting research is indicating that any benefit from these presecriptions are from the placebo effect.

According to Straight Dope:

A review of 96 studies published from 1980 to 2005 concluded the placebo effect was likely responsible for 68 percent of the improvement seen in patients taking antidepressants. Another review pegged it at 84 percent. What’s more, the placebo effect appears to be growing over time.

Dr. Oz pointed out that part of the problem is that a serotonin imbalance, which is the main thing most antidepressants are designed to correct, may not be the main reason most people experience depression.

And the problems go even further. According to Dr. Oz 75% of women in the U.S. on who are antidepressants are taking them for reasons besides depression, something called “off-label use.”

Dr. Drew has been criticized in the past for accepting money to advocate the off label use of certain antideperessants, and he was quick to say that he is not being paid “now.” He did not elaborate on whether or not he had been paid in the past for that, probably because there is solid evidence available that was paid a sum of $275,000 by the company that makes Wellbutrin to “deliver messages” about the drug, but at least he’s currently not participating in that type of thing. He explained that his father was also a physician who stressed in him the importance of only taking medications when they are worth the risk.

Perhaps the scariest part of the whole show was when it was pointed out that once you’re diagnosed with something like depression and start getting prescribed drugs to treat it, the medical records that follow you are creating a stigma for you with any doctors you see, and especially with your insurance company. It’s terrifying to think about, but when you present with very real symptoms, and the doctor knows about your mental health history, they may not take you as seriously as someone with nothing like that on their record. Mental health issues like depression are very real, and can be crippling, so it’s devastating to think that seeking help can create huge stigma related risks for you in the long run. This is an issue that all physicians should be more educated about.

They were quick to point out that because of the risk of severe withdrawal symptoms, you should not quit antipdepressants cold turkey. Psychiatrist Dr. Daniel Amen stressed that antidepressants usually work for people who are truly experiencing severe depression.

Here are some stats from the Dr. Oz Blog:

The message from the doctors on the show was that people should only be prescribed antidepressants by psychiatrists, but that when you are experiencing feeling of depression or anxiety, you should visit your primary care physician to rule out any other physical ailments that may be causing you to feel that way. If all other physical problems can be ruled out, they recommended that both the patient and doctor push for a referral to a qualified psychiatrist.