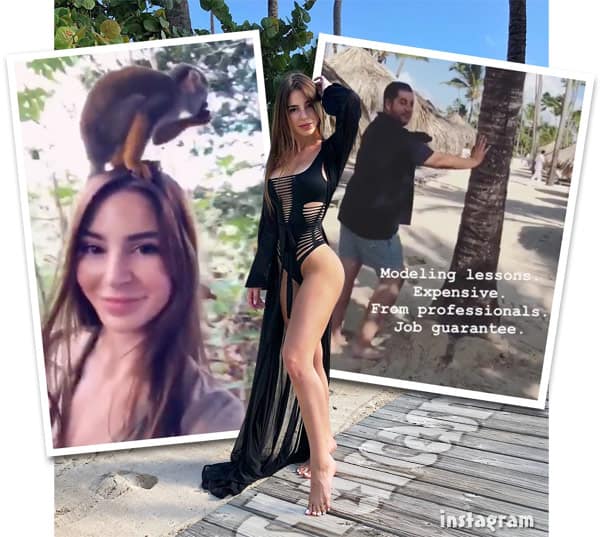 90 Day Fiance couple Anfisa and Jorge Nava aren’t about to let a little thing like a pending sentencing for a 293-pound drug bust keep them from enjoying their summer abroad! The fan favorite couple are currently in the Dominican Republic where they seem to REALLY be enjoying themselves, as evidenced by TONS of photos and videos of them being goofy and adventurous.

Anfisa has been sharing the pics and vids on her Instagram account this week, after the couple arrived in Punta Cana. They include everything from Anfisa with a monkey on her head, to a modeling lessong from Jorge, four wheeling, beach lounging, and my favorite: Jorge and Anfisa showing off the results of their dancing lessons!

Better late than never, right? ? Bringing back the #XChallenege ➡️ swipe to see more #90DayFiance If you want to book us for your music video inquire at pr@anfisanava.com

LOVE IT! LOOOOOOVE IT!!

But Jorge wasn’t the only one inducing smiles among the couple’s fans. Check out this video of Anfisa with some locally sourced headwear:

And more Jorge being pretty damn funny as he teaches Anfisa a little bit about how to model:

In addition to his talents as a model and a dancer, it’s becoming apparent that Jorge is also becoming a rather talented photographer. Anfisa is pretty easy on the eyes naturally, but her Instagram flex game has been extraordinary for some time now, thanks in large part to some pretty dang good photography skills. I thought that maybe she had befriended an aspiring photographer who was seizing the opportunity to gain some exposure through Anfisa’s rather sizable social media following, but the great photos have continued in the Dominican Republic, and I simply can’t believe that they brought someone else along just for that. Plus, the really great photos don’t tend to include Jorge, so it is logical to assume that he is Anfisa’s personal photographer with the skills!

Here are a few photos of Anfisa that illustrate what I am talking about:

Guess where I am at? ?️ I’m going to shout out in my stories 3 people who guess the city and country first ? #90DayFiance

Anfisa also took some selfie footage — most of which were VERY brief little clips taken in a mirror and showing off her curves in barely-there bikinis:

Thought this video deserves to be in my account too not just the stories ? Srry for all the vacation spam soon I’ll be posting once a month as I used to do ?

As far as Jorge’s pending sentencing, that is scheduled for September 7. As we exclusively revealed, Jorge accepted a really sweet plea deal on July 17, which brought his charges down from a Class 2 felony to a Class 4 felony. From what we could find online for sentencing guidelines in the state of Arizona, Jorge could very well get off without having to serve any time behind bars. (It looks like the major sticking point may be his previous felony conviction in the state of California.)

Arizona has some of the harshest marijuana laws in the country, and for Jorge to potentially get out of this without serving any additional time seems nothing short of astonishing given the fact that he was allegedly pulled over with 293 POUNDS of marijuana in his vehicle! The super sweet deal has many wondering if perhaps Jorge is testifying against someone higher up the food chain — perhaps whomever it was that actually owned (or was buying) the marijuana that Jorge was transporting?

Why not let our imaginations run wild and go ahead and openly ponder the possibility that Jorge is currently in the Dominican Republic as part of a massive sting operation mandated by his plea deal. He could be down there helping to nail a major drug kingpin, or perhaps even ***GASP*** Mother Pedro and her American dollar harvesting marriage ring! Oh man, that would make for such a great movie adaptation! (The drug kingpin theory at least.) It would have to be a comedy, or perhaps an action dramedy. Who do you see playing the parts of Jorge and Anfisa? I’ve got Jake Gyllenhaal putting on a bunch of weight for the role of George, and maybe a boob-boosted Krysten Ritter as Anfisa? That’s assuming they wouldn’t be able to get Angelina Jolie, of course. 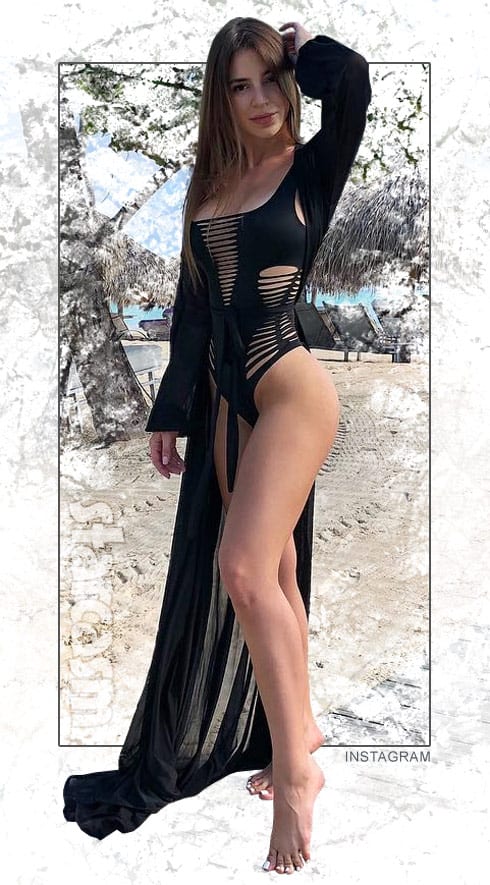