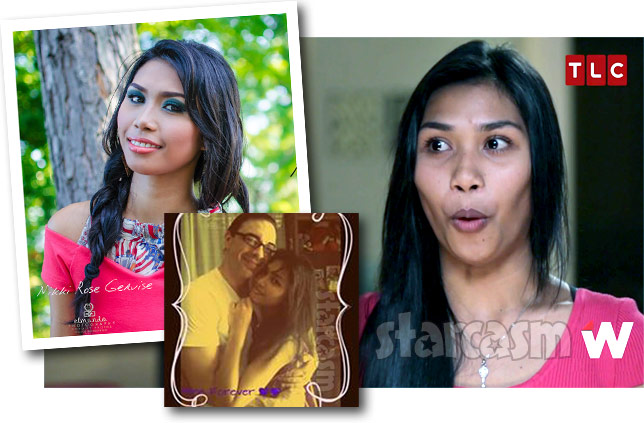 Fans of TLC’s international romance reality series 90 Day Fiance are a bit up in arms this week after diligent sleuths uncovered some information about one of this season’s most controversial stars that calls the authenticity of the show into question.

If you’ve watched any of the episodes from 90 Day Fiance Season 3, or even if you just saw the trailer video, then you are familiar with 19-year-old Nikki who is traveling from the Philippines to the United States in hopes of marrying her 58-year-old fiance Mark. On the most recent episode, Mark presents Nikki with what is apparently a very one-sided prenup, but he defends the agreement by telling Nikki that any money she makes while in the United States she will get to keep. He even tosses out the possibility of her winning America’s Top Model as an example.

Well, it turns out that the “Top Model” reference wasn’t out of the blue because Nikki is an experienced model with big aspirations. 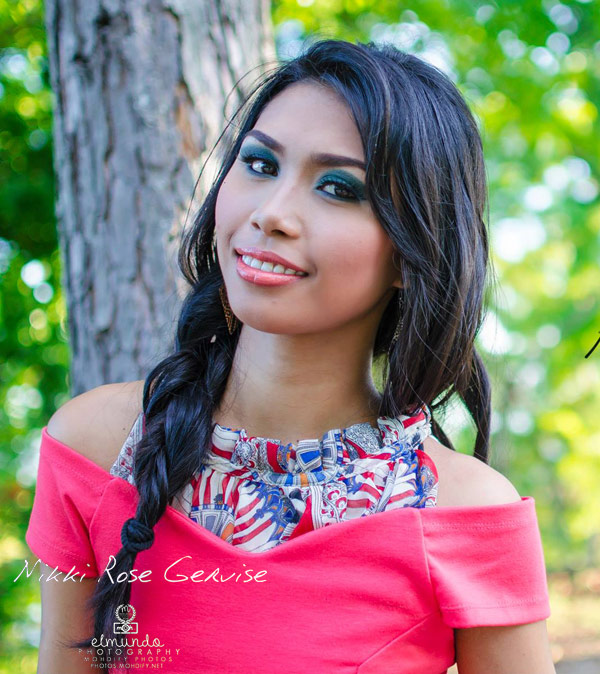 On this Explore Talent profile, a woman who looks exactly like Nikki named Nikki Rose Gervise (photo above) has a series of modeling photos and her long list of casting calls and auditions she is interested in includes: Modeling Jobs Runway, Modeling Jobs Print, and Reality TV Casting. She lists her age as 20 (which would be right given that she filmed 90 Day Fiance quite a while ago when she was 19) and her place of residence as Los Angeles. Wait, what?!

OK, before we get to the Los Angeles thing, let me point out that at least half of the photos posted by Nikki on her Explore Talent profile page were taken by a photographer for Mohdify Photos in Cebu City, Philippines in 2014 — well before Nikki began filming for 90 Day Fiance. Here is an album of modeling photos of Nikki posted by Mohdify in May of last year:

Posted by Mohdify Photos on Wednesday, May 7, 2014

One of those diligent 90 Day Fiance sleuths I mentioned before claims to have contacted the photographer to verify that it is indeed Nikki from the show. Here is her interaction with 90 Day Fiance Twitter rumor central’s @90DayFianceFan:

I thought it was odd the modeling profile was from LA. However, please see attached. ? pic.twitter.com/CISYZtKe96

Adding even more confusion to things is this photo that surfaced online that appears to feature Nikki and a gal pal and references Nikki’s husband named Jamie Jaramillo?! 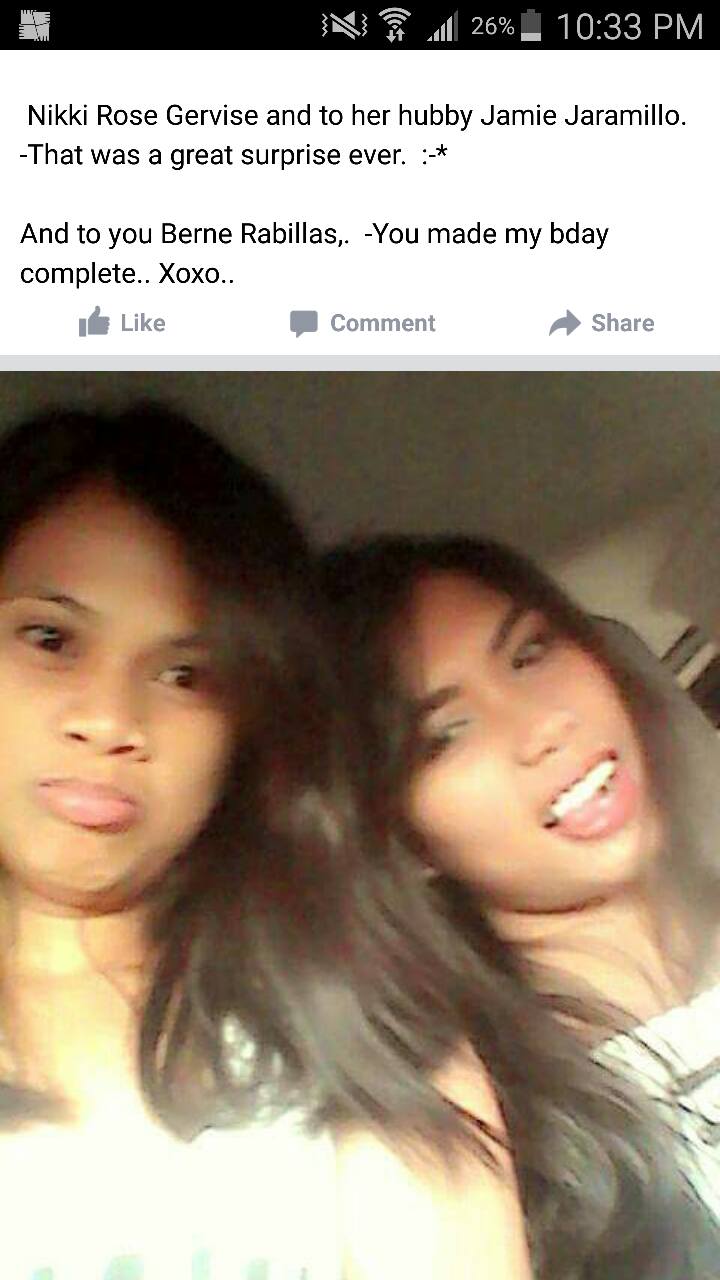 The name Jamie turns up again on what appears to be a legitimate (i.e. almost two years old) Instagram account for Nikki with the ID @nikjamie13. And there’s also a @NikJamie1 Twitter account that was last active in 2013 that is under the name Nikki Rose Jaramillo — and the photos sure look like Nikki.

This whole thing was even more confusing to me because when I initially researched Nikki and her husband-to-be and found their Facebook pages, her account was under the name Nikki Mediano. PLUS, I found a young boy in Cebu City with the name Nikki Ross Mediano Gervise who is friends with a Jamie Jaramillo who looks to be a musician/singer in his mid-40s.

Here is a photo from one of Nikki’s many social media accounts that looks to feature herself and Jamie together: 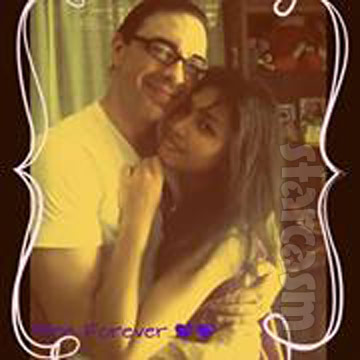 What does all this mean? Was Nikki married? I have no idea.

As I mentioned above, the information about Nikki has many fans openly asking “Is 90 Day Fiance fake?” I can answer that with a very confident “no.” I’ve done a good bit of sleuthing on the current and former cast members myself over the past couple of years, and there is almost always a virtual trail that shows these couples were well into their K-1 Visa process before the TLC cameras showed up. Even disgruntled former stars like Starcasm faves Jason Hitch and Cassia Tavares have never stated the couples weren’t actual couples looking to get married.

The fact that some of the featured men and women appear to have questionable motives only reinforces the “reality” of the show for me, not to mention the entertainment value.

All of that being said, of course producers manufacture and script a lot of the drama that we see on the show! I assume that the whole prenup scene I mentioned before was mostly contrived for the cameras, as was Mark’s continued insistence on referring to his ex-wife.

What all of this information about Nikki does seem to reveal, however, is a possible ulterior motive for her wanting to marry Mark and move to the US. It may also help explain why she was willing to be on the show when clearly she was going to take a lot of heat due to the very large age difference. No publicity is bad publicity for an aspiring model and actress, right?

Of course, it could be that Nikki and Mark are madly in love and will live happily ever after — if she can keep from smudging the car window and he can keep from comparing Nikki to his ex wife. Time will tell.

UPDATE – Mark’s daughter Elise took to Facebook to address some of the Nikki rumors, and @90DayFianceFan reveals that Jamie was only Nikki’s boyfriend, not her husband:

See photo. I apologize for my incorrect speculation! The "husband" Jamie that was mentioned was only a boyfriend. pic.twitter.com/UVGS1xqNSC