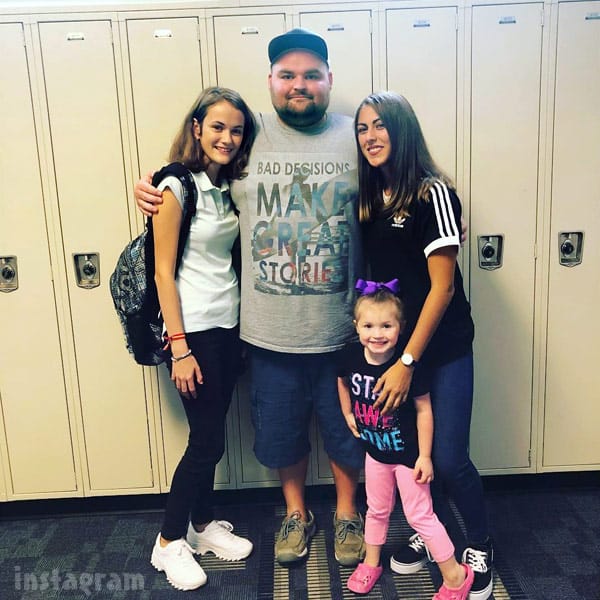 In what could easily be the best Teen Mom spin-off concept of all time, OG dad Gary Shirley and his wife Kristina just revealed that they have volunteered to host two foreign exchange students during the upcoming school year — one from Italy and one from Spain.

Gary broke the new to his Twitter followers Tuesday. “So excited to be hosting 2 students for a foreign exchange program!!!!!” he tweeted. “This family just got bigger. I’m picking up the 2nd student right now.” He then added in a second tweet that the students were from Italy and Spain.

There seemed to be some confusion about how the foreign exchange student program works, so Gary returned to Twitter the following day to clarify. “FYI I do not receive money for this. In fact I have to provide food and transportation! And obviously treat them as my own! I did this for the experience and to give back.”

Kristina later took to Instagram and shared a photo (above) of Gary with the two exchange students and daughter Emilee which reveal that they are both female and both appear to be teenagers. “Introducing our new ‘daughters’ Paula (on left) & Laura (on right) they are joining us from Spain & Italy for the school year,” Kristina captioned the photo. “We are extremely excited to be part of the foreign exchange program and welcome these two wonderful girls to our family. ❤️?”

Someone in the comments section of Kristina’s post asked what the process was like becoming part of the foreign exchange student program. “We applied, they checked references, did background checks and home visit,” Kristina explained. “We have to provide a home, food, schooling, transportation, and love them like our own while they are here. It’s a volunteer program so we do not get paid anything to host them. It’s been a wonderful [experience] and the girls are a blessing. ❤️”

Seriously, as an American, it makes me SO happy that there are two young ladies from Europe who will be getting the “American experience” under the Shirley roof! They’ll be feeding chickens, baking cookies, included in pictures online that will be written about by blogs like this one, and even experiencing what it is like being on one of most well-known reality shows in the world! Oh, and they’ll do all of that under the supervision and care of a set of truly American parents that are sincere, kind, joyful, and loving! All all of that will happen in Indiana! 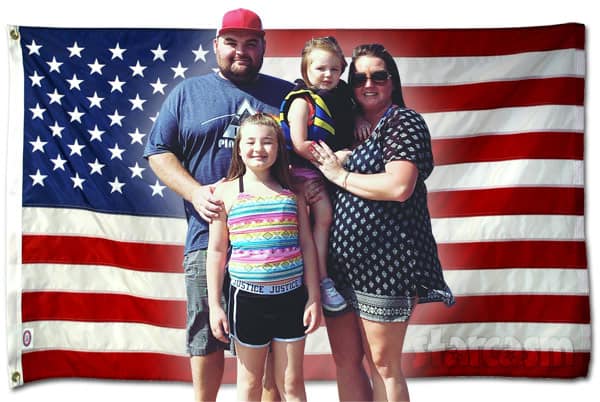 Congratulations to Gary and Kristina! And congratulations to Paula and Laura! I hope we will get to meet them both on the next season of Teen Mom OG. I am guessing from the fact that Kristina posted a photo of them that they are willing to be in the spotlight.

UPDATE – Here’s another photo with four of the five women living in the Shirley house along with Gary’s commentary:

Taking my girls 2 lunch. They are all amazing girls! We are lucky to share our time with these 4 Amazing girls. I’m glad to call them my own. Glad my wife @krissyK01 is in this with me. ? we get to experience the teen years to know what to expect with @leah_leann & Emilee pic.twitter.com/CkcCqxQo4B

If you’re curious about the fifth girl, that is Kristina’s daughter from a previous marriage. Her dad doesn’t want her in the public eye, so she is not featured on the show or on Gary and Kristina’s social media accounts.

I hope Gary and Kristina’s announcement inspires some of the other parents from the Teen Mom franchises to consider foreign exchange students as well. I know Maci and Taylor have openly discussed adopting an older child, and this could be a great way to test the waters. And can you imagine how great it would be to score a few months living with Chelsea and Cole DeBoer?! (We won’t talk about the concept of a young French girl moving in with Jenelle an David on The Land.)