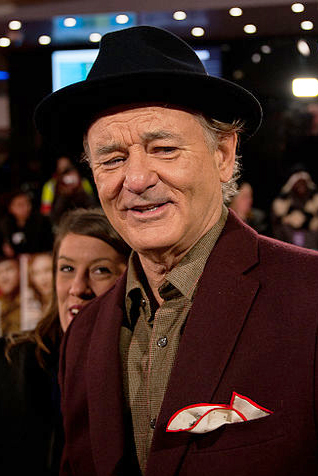 Bill Murray turns 64 years old today. He’s been funny for at least that long, and has been kind enough to share his amusing self with the world for most of his life.

(Quick Murray Fun Fact [aka MurrayFact]: On this day in 1970–on his 20th birthday–Bill was arrested for trying to smuggle ten pounds of marijuana in his suitcase at O’Hare Airport.)

So, here, now, is a video gamut of Bill Murray’s finest moments.

Here he is giving David Letterman a hard time on the very first episode of the man’s first show:

Murray did play-by-play with Harry Caray during the Chicago Cubs’ first night game in 1988. Of particular note? This quote: “I think when I completely lose my mind here I’ll step right up with you in the booth.”

Speaking of his love of Chicago sports teams, here’s Murray putting up-slash-having a bit of fun with Ahmad Rashad during the 1993 NBA Eastern Conference Finals, which saw the beloved Chicago Bulls defeat the dreaded New York Knicks in six games:

And, in the late 00s, Murray began a yearly string of brilliant appearances on Letterman…which persist to this day. Here’s a sampling:

Do you have a favorite Murray memory? Have you met the man? Has he asked you to get off his lawn? Share your birthday well-wishes by leaving a birthday comment below.

This is Life Live: Brain damaged man reconnects with the people who saved his life