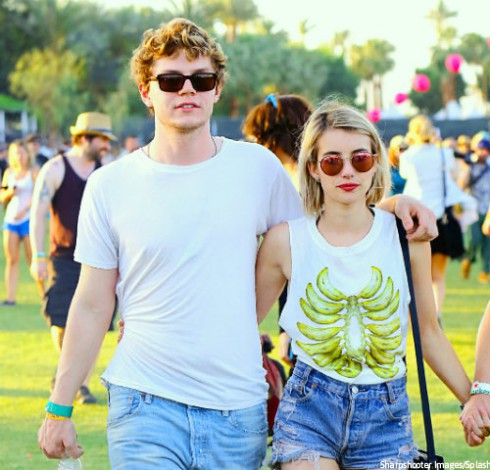 “Their three years together just ran its course,” an insider told Just Jared, the first to report the news. “They have so many great memories together but couldn’t make it work in the end. The break-up was amicable–there was no drama whatsoever. Emma and Evan are even still friends!”

A source close to the actress later told People the couple “grew apart.”

“They both had a lot of growing to do and it was better that they do it on their own,” the insider said of Emma, 24, and Evan, 28.

Before getting engaged in December 2013, Emma was arrested in Canada for domestic assault. Evan declined to press charges and they later said in a joint statement that it was an “unfortunate incident and misunderstanding.”

They later co-starred in American Horror Story‘s Coven and Freak Show seasons. Evan will return for the upcoming Hotel edition. Emma said in May that she hopes to participate in the new season.