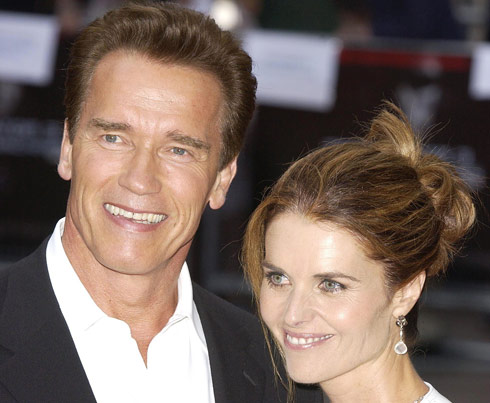 There are splits California style and there is the California split of the decade.  Hollywood legend and former Governator Arnold Schwarzenegger and veteran TV broadcaster Maria Shriver have separated after 25 years of marriage.

Maria has moved out of the LA mansion and made the following brief statement in regards to the separation:

“This has been a time of great personal and professional transition for each of us. . .  We are living apart while we work on the future of our relationship.”

Rumors are circulating that Maria has grown tired of Arnold’s rep as a womanizer and that his desire, after doing that whole running the state gig, to return to film has pushed her over the edge and finally caused her to take action.

The couple have four children together that range in age from 14 to 21.  They were introduced to each other by Tom Brokaw back in 1977 and got married in 1986.  Their high profile marriage has been in the media spotlight the entire time especially when you add the fact that Maria is part of the most famous Democratic family, The Kennedys, of the last century and Arnold got his politics on Elephant style becoming the Gov as a Republican.

Jessica Simpson addicted to nicotine gum, but there’s a catch