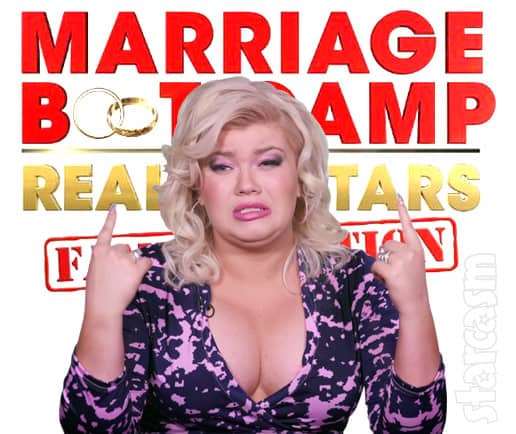 Boot camp is not supposed to be easy or enjoyable, and that seems to be the case for Teen Mom OG star Amber Portwood, who has been sharing just how unpleasant her stay in the Marriage Boot Camp Reality Stars: Family Edition house has been so far.

“I need to get out of this house!!!” Amber exclaimed on Twitter before calling out a “Drunk bimbo with too many opinions!!” She concludes the tweet by predicting “This isn’t going to end well when I’m done!!! Fake.”

She later updated her followers with another concerning message. “I’ve literally let this house consume me and set my anger off more than I could ever imagine! I know my limits and I’m at the end!!!”

Someone, who I am not sure was aware Amber is filming Marriage Boot Camp, responded with: “Geez kick them out then otherwise you’re allowing it.”

“I can’t kick this blonde jackass out lol…I can only completely remove myself before I do something I will regret,” Amber tweeted in response. (It’s unclear if the blonde jackass is also the drunk bimbo.) She then assured everyone “Everything is fine??” 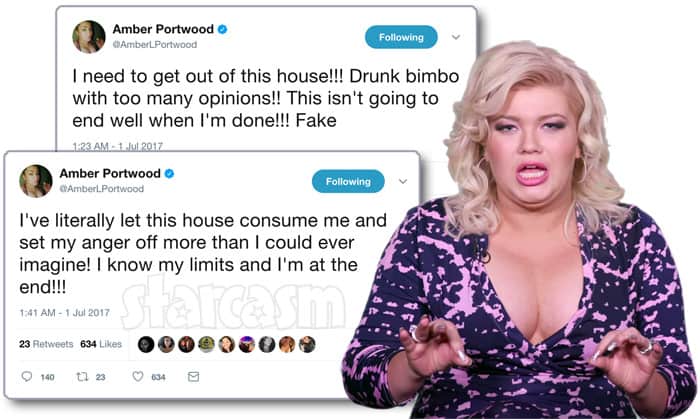 Another commenter asks if the person is a friend — yet again, I’m not sure if this commenter was aware of Marriage Boot Camp. “No I’m doing a show that I should have never agreed to do,” Amber tweeted. “I’ve been taken out of my element to many times however I’ve learned a lot..love?”

One follower was aware and asked Amber if she was referring to filming Marriage Boot Camp, before trying to make Amber feel better: “Could be worse, you could be there with Farrah ?”

“I wish Farrah was here,” Amber shockingly responded. “lol..I would be much happier!!”

Amber is filming the therapeutic show with her mom, Tonya Portwood, and ex-fiance Matt Baier. It’s unclear at this time who any of the other reality stars are who are in the house. I spent an embarrassing amount of time trying to ascertain who the “blonde jackass” and “drunk bimbo” might be, but could come up with nothing concrete.

My best guess, mostly because she is a client of GR Media (like Amber and 50% of everyone who appears on Marriage Boot Camp it seems), would be former Baywatch and Celebrity Fit Club star Nicole Eggert. You might recall she recently posed with Matt Baier for an Instagram photo, which he captioned by writing “My inner teen is smiling.” Here’s the picture: 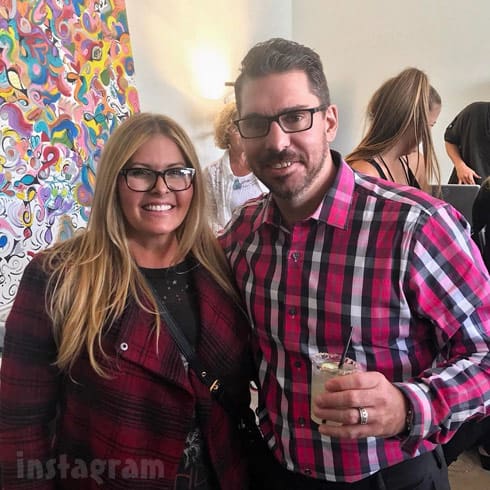 Also, I didn’t see anything from the last couple of weeks on Nicole’s social media accounts that pins down her exact whereabouts. This is PURELY speculation however!

UPDATE – BZZZZZTT!! Wrong answer! Amber helped us out on Twitter by letting us know it wasn’t Nicole Eggert:

Horrible pic lol however no it's not the woman you said you think it is!! Lol

If you have any inside info on who else is appearing on the new season of Marriage Boot Camp Reality Stars: Family Edition, drop us a line at starcasmtips(at)yahoo.com!

Meanwhile, here are most all of Amber’s recent tweets about her time in the MBCRSFE (lol) house, including pertinent tweets from others. Also included is a photo of Amber and her mother together, a positive interaction with Farrah Abraham’s mother Debra Danielsen, and Amber shutting down those sex tape stories that won’t seem to die.

AMBER: Crazy couple weeks and I’ve taken a few steps back in the progress I’ve made however I’m learning so much about myself through other’s! ??

DEBRA DANIELSEN: So proud of you! Chin up buttercup. Things will be much better xoxo ?

TWEETER: So proud of how strong you are in all of this. Truly shows how far you have come& that there’s hope for other out there to get help too.

AMBER: Biggest reason I do this..simple as that ?? 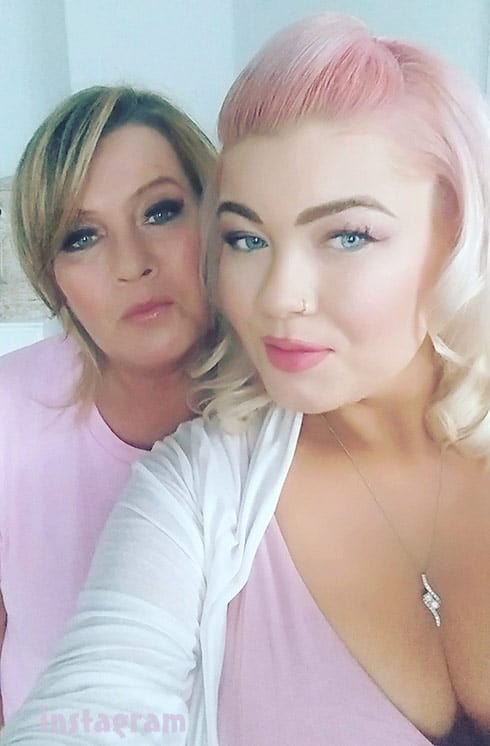 AMBER [With photo above]: Me and Mommy Dearest? She calls me Daughter Dearest lol?

TWEETER: plz tell me the sex tape ish is satire

AMBER: No it’s not happening hun

AMBER: I need to get out of this house!!! Drunk bimbo with too many opinions!! This isn’t going to end well when I’m done!!! Fake

TWEETER: Are you ok hun?

AMBER: I’m fine but I cannot control my anger with ignorant people.

AMBER: BTW I’m a narcissist and an actor supposedly…? Love it?

TWEETER: Marriage Boot Camp? Could be worse, you could be there with Farrah ?

AMBER: I wish Farrah was here lol..I would be much happier!!

AMBER: I’ve literally let this house consume me and set my anger off more than I could ever imagine! I know my limits and I’m at the end!!!

TWEETER: Geez kick them out then otherwise you’re allowing it

AMBER: I can’t kick this blonde jackass out lol…I can only completely remove myself before I do something I will regret. Everything is fine??

TWEETER: Is it a friend? I know how you feel I’m a total hermit now because I can’t trusts anyone and I won’t bring my son around BS

AMBER: No I’m doing a show that I should have never agreed to do. I’ve been taken out of my element to many times however I’ve learned a lot..love?

AMBER: Apparently helping my followers is a form of narcissism as well lol