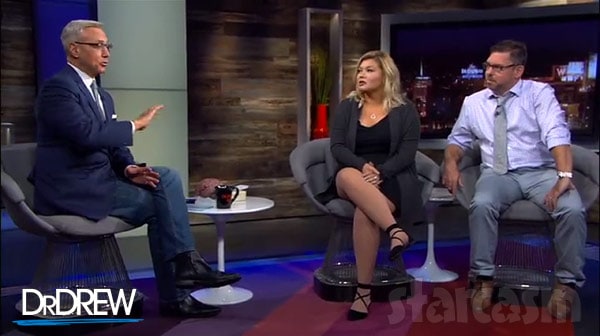 Just prior to the Season 6 premiere of Teen Mom OG, stars Amber Portwood and fiance Matt Baier will be on Dr. Drew to address recent reports that Amber Portwood is using drugs again and recently suffered a miscarriage because of it. In a brief preview clip we see Amber and Matt talk about the report with Matt stating that it “pushed us over the edge.”

“I just want to get all this stuff out — let’s get to that,” Dr. Drew says at the beginning. “There were tabloids saying you had a miscarriage.”

“That’s not true at all,” Amber says of the story.

“Not true,” Amber says flatly. “You would be the first to call me out,” she adds.

Matt then speaks up. “Dr. Drew, that’s actually the reason we wanted to come on. That was the article that kind of pushed us over the edge. Because when you start attacking the sobriety, and talk about the loss of a child, and say that a mystery Teen Mom lawyer is the source, that’s when we really decided to speak up about this stuff. We’ve been quiet about this for about a year, and it kind of pushed us over the edge.”

In case you missed it, numerous sites picked up on the “Amber Portwood suffers miscarriage due to prescription drug relapse” story after the gallery-format clickbait site Teen Mom Daily did an “article” about it earlier this month. The Teen Mom Daily article begins with: “An exclusive Teen Mom lawyer has revealed that Teen Mom‘s Amber was pregnant by her boyfriend, Matt Baier, and has since had a miscarriage.” The article continues: “The lawyer says a prescription drug addiction is the cause of the miscarriage. He also says Matt has been treating Amber horribly ever since it happened although he is the one who enables her problems.” The site says fans will see it all unfold on Teen Mom OG this season.

I saw the article when it was first posted, and it just seemed absurd to me. The site had a lawyer for a source? Plus, the entire premise of the post was lifted from a popular Teen Mom blind item website. I guess that could have lent it some credibility for some, but for me it had the opposite effect. 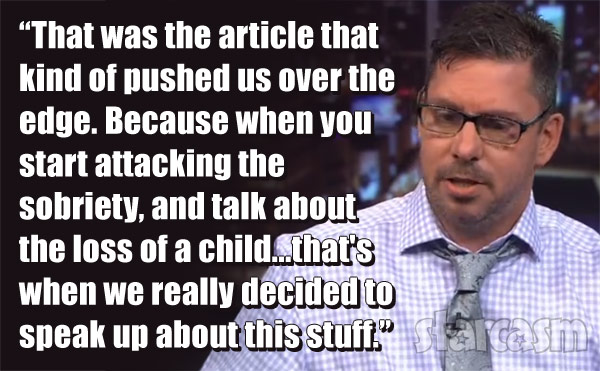 As far as what Matt said in the clip about “attacking sobriety” and “talking about the loss of a child,” that’s something he had no problem with back when he was constantly tweeting horrible things about other Teen Mom and Teen Mom 2 stars like Jenelle Evans and Kail Lowry. Here are just a couple of samples of what he tweeted about Jenelle when she was pregnant:

In all fairness if I was a jenelles fetus and I had a choice between Jenelle or being aborted. Abort me!

Back to Matt and Amber being on Dr. Drew, it is unclear if they plan to talk about the controversies surrounding Matt’s children and unpaid child support claims. In the episode description, all it mentions is the miscarriage/drug relapse report. I guess we will all have to tune in to Dr. Drew on HLN Monday night at 7/6c to find out!