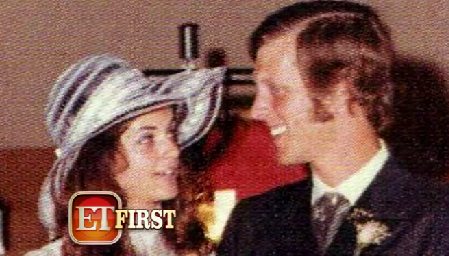 Kirstie Alley is promoting her new book about the men in her life The Art of Men, by doling out details about falling in extramarital love with movie stars like the late Patrick Swayze and her Look Who’s Talking co-star John Travolta (who she swears is not gay.)

Kirstie’s love affairs never were consummated, but they were all emotional affairs, which are just as hurtful as a sexual affairs, if not more so. In fact, Kirstie had an emotional affair with a young man at age 24, four years into her first marriage to Bob Alley (Kirstie’s maiden name is also Alley, and her father is named Robert, to make things more confusing.)

Kirstie met Bob at high school in Kansas. She married Bob when she was 20, and worked in a sweatshop laundry while he completed veterinary school. After he graduated, they moved to California where he became a partner in a veterinary practice, and Kirstie hit the beaches in her bikini. She’d grown tired of sex with Bob, was bored with her life, and enjoyed flirting with the boys she met on the beach.

Then she met Jake, a blue-eyed pseudocowboy with a “ripped body,” and ended up spending a Kansas tornado with Jake. Soon after the storm subsided, Jake leaned in to give Kirstie “the most perfect, memorable kiss of my life.” They kissed more later, and Kirstie decided to not only divorce her husband, but to move in with Jake.

“I screwed up the relationship [with Bob.] He had everything. He was an amazing singer, he was handsome, he rode horses, he looked like the Marlboro Man, so I was sort of lost. I knew how worthless I was.

We dated for four years before we were married. I was so immature. I thought I wanted to be married when I was 16, and I sort of stayed 16 through the whole marriage. When we moved to California, I was flirting with boys on skateboards. I sort of went crazy.”

“I sort of cheated. I didn’t have sex [with him] but I think it was worse when you fall in love with someone else, when you’re with someone, and you’re plotting and you’re planning. What I did do with Jake was I kissed him. And in my world, in Kirstie world, that meant I had to get a divorce… It took a long time [to forgive myself] because I was a horrible person, I destroyed my marriage.”

Alley had a similar experience with her North & South costar Patrick Swayze. Their affair never went beyond kissing, but Kirstie was willing to break up her second marriage to Parker Stevenson.

She told Entertainment Tonight of her feelings for Swazye: “Both of us were married, but again, I think what I did was worse, because I think when you fall in love with someone when you’re married, you jeopardize your own marriage and their marriage. It’s doubly bad.”

Patrick was married to Lisa Niemi at the time, and stayed married to her until he died from pancreatic cancer in 2009.

Kirstie also wanted to run away with John Travolta, who she claims is certainly, definitely, not gay, and who she also describes as the “love of her life:”

“Believe me, it took everything that I had inside, outside, whatever, to not run off and marry John and be with John for the rest of my life.

“I know John. With all my heart and soul, he’s not gay. I think it’s some weird way, in Hollywood, if someone gets big enough and famous enough, and they’re not out doing drugs and they’re not womanizing, what do you say about them?”

Wonder what Bob Alley and Jake are doing now?

VIDEO Max the dog and disabled kitten Ralphee are BFFs