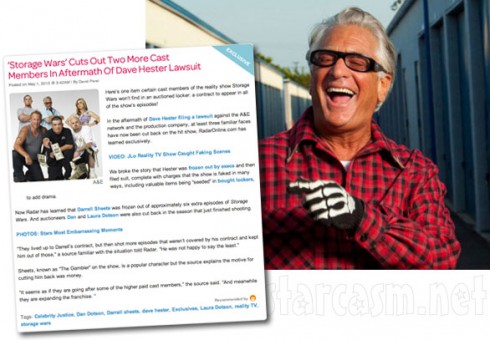 Radar Online claimed last week that A&E was “cutting out” more Storage Wars cast members on the heels of the Dave Hester lawsuit that lead to his firing. According to the site, based on one of those infamous “sources familiar with the situation,” bidder Darrell Sheets and auctioneers Dan Dotson and Laura Dotson were left out of filming additional episodes after they had fulfilled the requirements of their contracts.

“They lived up to Darrell’s contract, but then shot more episodes that weren’t covered by his contract and kept him out of those,” the source says. “He was not happy to say the least.”

And as far as Dan and Laura Dotson, the story was reportedly similar. “Suddenly the show just told them, ‘We don’t need you for this episode.’ And then it happened again,” the source claims before adding, “So they’ve been battling to stay on the air, and they are worried about their futures. The show is a gold mine.”

A rep for A&E spoke with TV Guide shortly after the article came out and denied the claims. “Not every cast member appears in every episode of the series,” the rep pointed out, “but there is no truth to the report that any other members have been dropped.”

That sentiment was echoed by Darrell “The Gambler” Sheets as well as the auctioneering duo of Dan and Laura Dotson on Twitter: 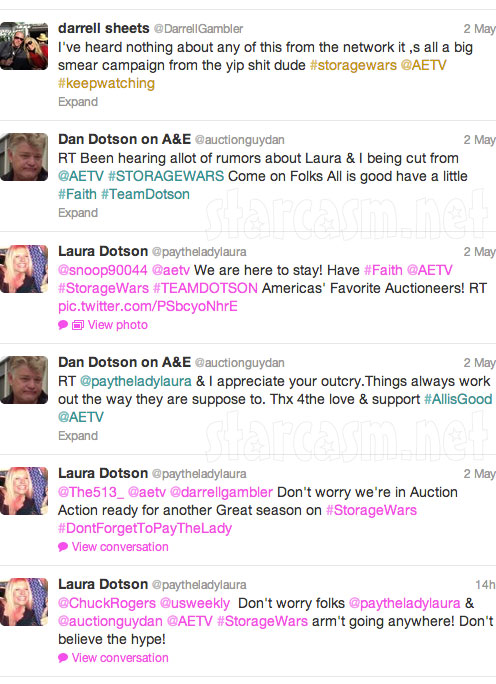 I made up a little graphic in which Darrell answers the question, “Are Darrell Sheets, Dan Dotson and Laura Dotson getting fired from Storage Wars” once and for all: 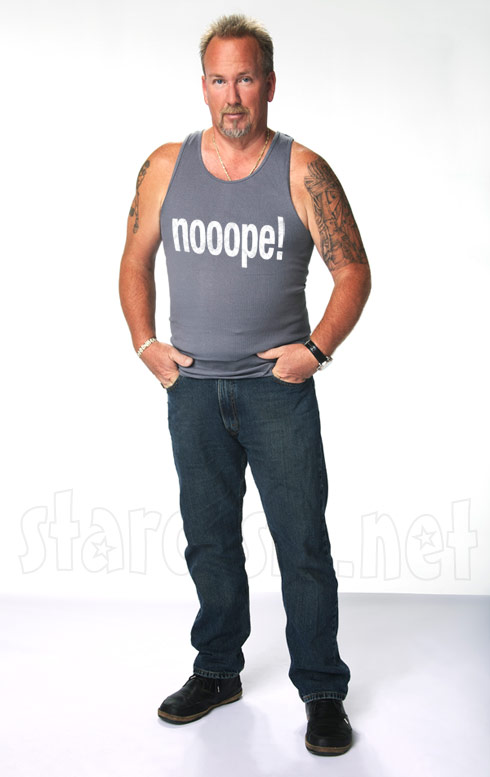 Catch the all new less annoying episodes of Storage Wars Tuesday nights at 9/8c on A&E!