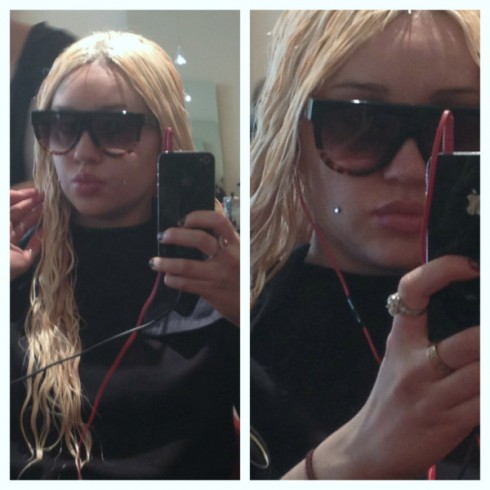 Amanda Bynes has finally reconnected with her parents Lynn and Rick after a long estrangement. Fans have worried about the star as her behavior became increasingly concerning after she moved to New York last year after “retiring” from acting. She’s been spending money like crazy, exhibiting bizarre behavior in public, and basically running her own personal reality show through her Twitter account.

“Amanda reconnected with her parents this week and it was a really positive talk on both ends,” Radar Online’s source says. “Her parents are good people who are genuinely concerned for her. And Amanda misses them, so she finally called them up.”

The source also admitted that Amanda’s behavior has been strange lately, but says “she’s not crazy at all like people are making her out to be. She’s just going through a hard time in her life and maybe not coping with it like she should be.”

Her parents, who live in L.A., are considering coming to New York to see Amanda because she doesn’t want to go there. She fled L.A. for New York last fall after she was charged with a DUI and multiple hit-and-runs in L.A. At the time, she said she was pursuing a fashion career, but there hasn’t been much talk of that pursuit in a long time.