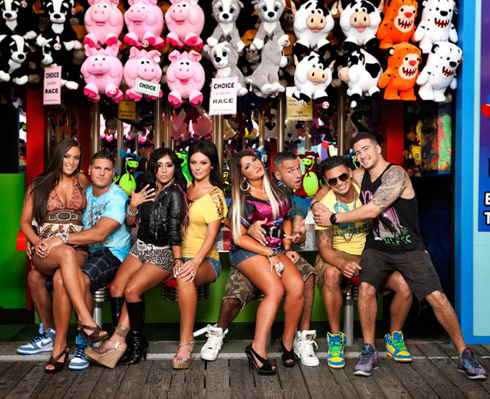 Lifetime scored their biggest ratings for one of their original movies in over two years as 5.774 million tuned in to watch a grayed and mucho macho moustachioed Rob Lowe take douchebaggery to all new heights in Drew Peterson: Untouchable Saturday night.

In addition to Pawn Stars, The History Channel also scored big with American Pickers, which finished with 4.933 million. That was followed by Storage Wars on A&E (4.885 million), iCarly on Nickelodeon (4.842 million), and Gold Rush on The Discovery Channel (4.813 million). 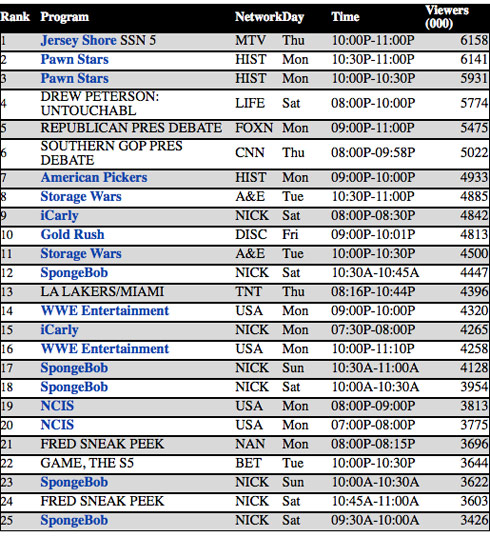