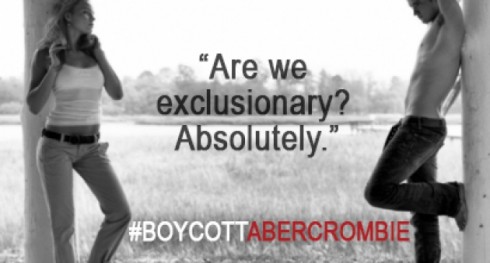 After controversial comments from Mike Jeffries, the CEO of Abercrombie & Fitch, resurfaced earlier this month, public backlash has been fierce — and rightfully so.

One of the loudest voices in the fight against Abercrombie is Benjamin O’Keefe, a Florida teen who started a petition on Change.org that has gained nearly 70,000 supporters.

“As a young adult who suffered from an eating disorder through much of middle and high school, I remember looking at the ads for Abercrombie & Fitch or combing the racks and not seeing anything that fit me. As silly as it seems, as a kid, it made me feel worthless to not be able to wear the ‘it’ styling that everyone else was wearing.”

In the petition, O’Keefe encourages petitioners to join with him in asking Abercrombie to “embrace the beauty in all sizes.”

O’Keefe gained a valuable supporter in the form of the National Eating Disorders Association (NEDA). In their partnership O’Keefe and NEDA were able to gain the attention of Abercrombie executives, who agreed to meet with them at Ohio headquarters.

“We will keep you posted on our progress with Abercrombie & Fitch,” said a press release from NEDA. “But in good faith, NEDA has decided to cancel the protest in front of their New Albany, OH headquarters, which was originally scheduled for Monday, May 20th at 1:00 PM.”

In advance of the meeting, Jeffries released a statement on the company’s Facebook page.

“While I believe this 7-year-old, resurrected quote has been taken out of context, I sincerely regret that my choice of words was interpreted in a manner that has caused offense… A&F is an aspirational brand that, like most specialty apparel brands, targets its marketing at a particular segment of customers. However, we care about the broader communities in which we operate and are strongly committed to diversity and inclusion.”

Although it’s fantastic that O’Keefe and NEDA have been able to break through to Abercrombie, criticisms from other individuals have been equally effective at making a point.

Jes Baker, the blogger behind The Militant Baker, took a different approach in encouraging Abercrombie’s executives to reassess their philosophy.

“The juxtaposition of uncommonly paired bodies is visually jarring, and, even though I wish it didn’t, it causes viewers to feel uncomfortable. This is largely attributed to companies like yours that perpetuate the thought that fat women are not beautiful. This is inaccurate,” Baker wrote in a digital letter to Mike Jeffries, the Abercrombie CEO. “My hope is that the combination of these contrasting bodies will someday be as ubiquitous as the socially accepted ideal.” 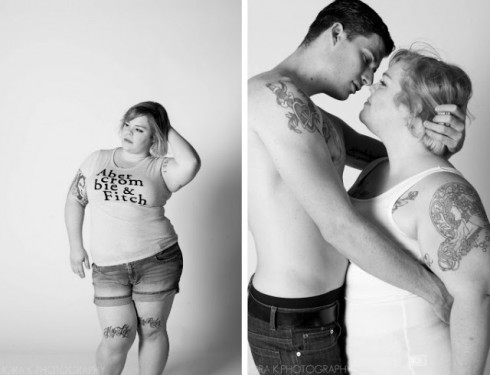 Even Ellen DeGeneres took on the ultra-prejudiced clothing retailer that only wants “thin and beautiful” customers. And, it’s pretty clear who wins in this verbal knockout.

“Honey, do these jeans make my butt look invisible?” the comedienne joked about size-00 jeans.

However, the anti-bullying leader also had a real message for anyone who is implicitly told by Abercrombie that they aren’t good enough.

“I know a lot of kids watch this show, so I want to say one more thing: What you look like on the outside is not what makes you cool at all. I mean, I had a mullet and I wore parachute pants for a long, long time. And I’m doing ok. What is important is that you’re healthy.”

What you can do: