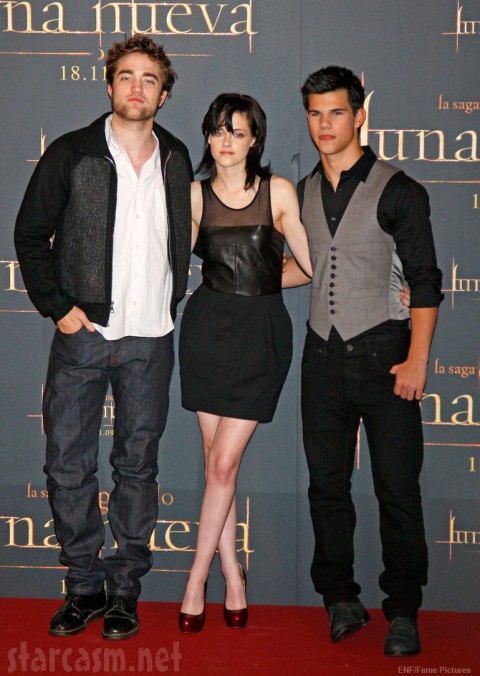 The Twilight Saga: New Moon marketing engine is building up steam! It seems like every day we’re seeing multiple events and photoshoots featuring the cream of the Twilight crop: Robert Pattinson, Kristen Stewart and Taylor Lautner in a wide array of fancy attire. Well, today is no different!

The holy Twilight trinity were in Madrid, Spain today for a photocall at the Villa Magna Hotel and I have to say it’s my favorite yet! R-Patz looks like his usual disheveled self, except his 5 o’clock shadow has turned into a 12PM the next day shadow! He’s looking a little more gruff, and – dare I say – werewolfy?!? I like the look, but I think I should take a moment to dish out some serious props to Marcel Vigneron from Top Chef Season 2, who mistakenly chose the stressful reality of chefdom instead of the much more glamorous life as a Hollywood vampire and teen heartthrob. Here’s his mugshot from an August, 2008 DUI arrest: 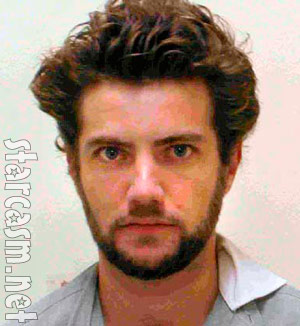 That being said, here is the scruffy and Vampiriffic Robert Pattinson looking even cooler than usual: 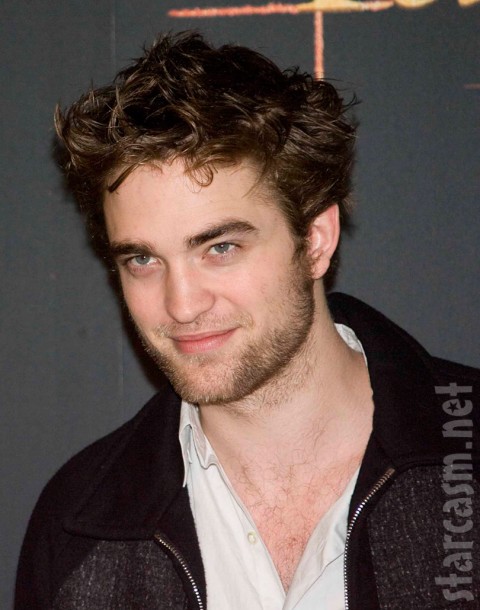 The biggest surprise of the photocall was Kristen Stewart! Normally a tomboyish fuddy dud with an aversion to glamor, Kristen channeled her inner Joan Jett and actually looked great in her black leather and mesh top with matching black skirt! I’m not a huge fan of the red “No Place Like Home” stilettos (I say finish the outfit off with some similarly tough shoes!) but I don’t hate them either. Kristen still seems to be a fish out of water on the red carpet, but at least this fish seems to be flopping around attractively: 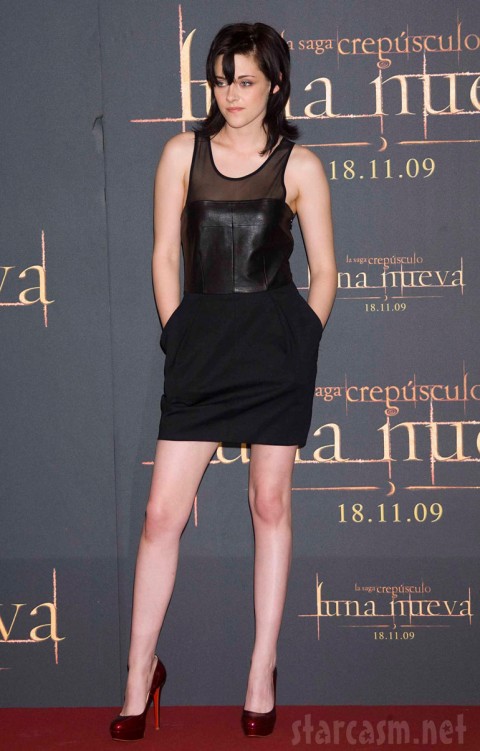 In stark contrast to Edward Cullen’s wolfy look, Taylor Lautner went looking super slick (as usual!). He looks like a dude from a well-to-do family, complete with trust-fund and passion for expensive sports cars, which is in stark contrast to Robert Pattinson, who looks like the rebel from the wrong side of the tracks with an arrest record and a vintage chopper. Those Twilight folks know what they’re doing! Anyhoooo… Here’s the haute Laut: 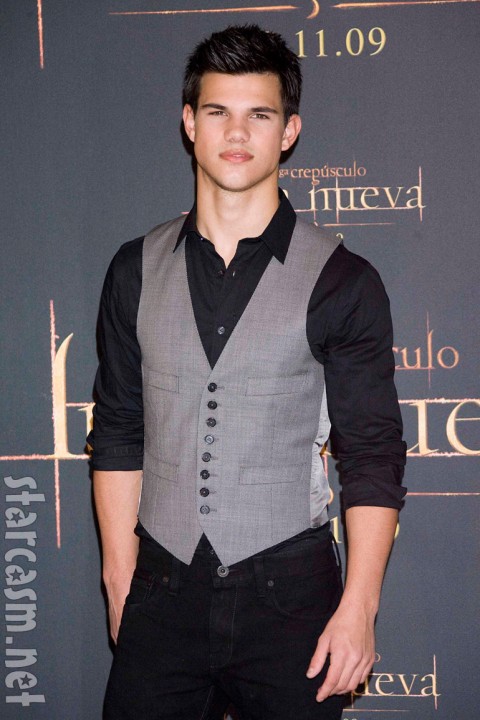 And here’s the rest of the pictures – click the thumbnails to see larger images in the gallery: 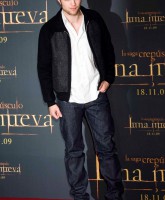 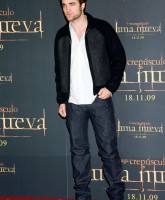 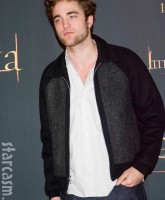 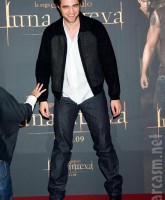 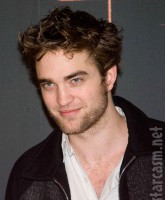 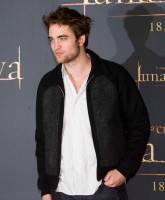 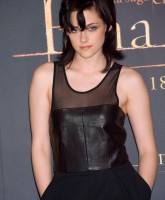 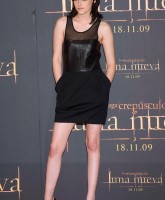 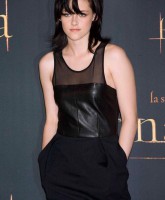 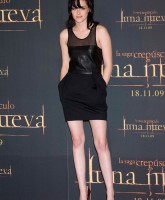 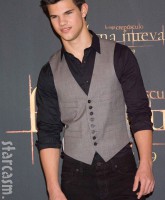 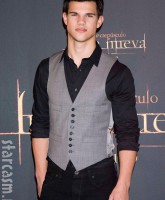 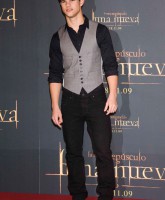 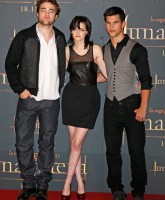 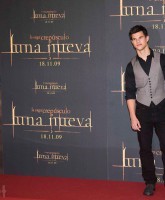 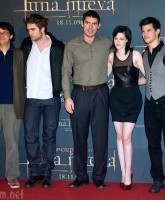 Photos: Target/FAME Pictures (Except one of Robert, Kristen and Taylor: ENF/Fame Pictures)

I don’t know how these actors get any New Moon movie making done! They seem to spend 24 hours a day dodging paparazzi, dating each other, not dating each other, arriving and leaving airports, making other movies and posing for pictures. They have enough money – I’m thinking they made clones.