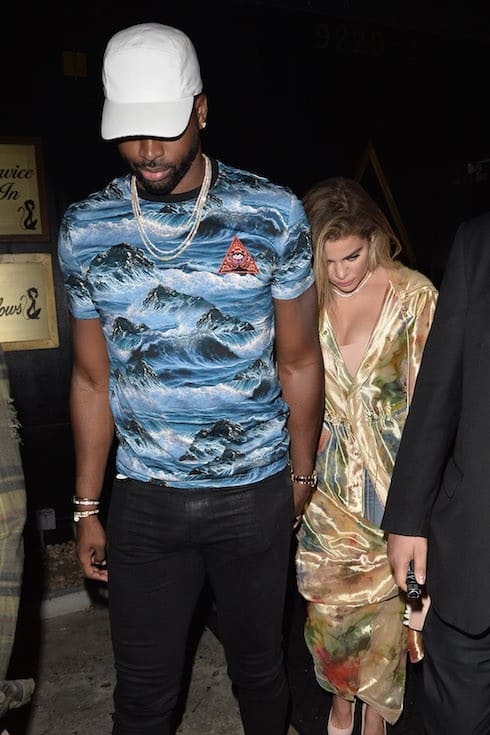 Just a month after reports indicated a baby might be on the way and one week after the latest wedding gossip, new reports indicate that a Khloe Kardashian and Tristan Thompson split is imminent.

Inquisitr was first on the scene with an update on the couple’s status; their take questions whether a “split nears” for the couple in light of the fact that they’ve decided against buying a house together. Khloe “has already purchased a home for herself in Cleveland,” and “it seemed only right that Tristan would do the same in Los Angeles.” But Tristan apparently spurned Khloe’s offer to go in on the purchase with him: “when he starts training for the Cavaliers again…his attention [is] on nothing other than basketball.”

Hollywood Life’s report on the subject claims that Khloe and Tristan remain “deeply in love” while confirming that they’re not yet ready to turn two houses into one. “They’re going to be staying with each other pretty much every day anyway,” said their report’s source, brushing off early reports of drama between the two. “Both Tristan and Khloe are in it for the long run and committed to a future together.”

While marriage and pregnancy rumors have followed the couple since they were first spotted together last September, this is also hardly the first time they’ve been linked to stories of a breakup. Back in June, it was said that Tristan had dumped Khloe in order to “prove his commitment to the NBA playoffs“–and Khloe was spotted courtside the same day.

And it would appear that Tristan’s commitment game is strong on all fronts. According to TMZ, he’s prepared to drop up to $60,000 per month on an LA rental for the remainder of the summer and upcoming NBA season.

Katy Perry’s “Firework” dedicated to “It Gets Better” campaign