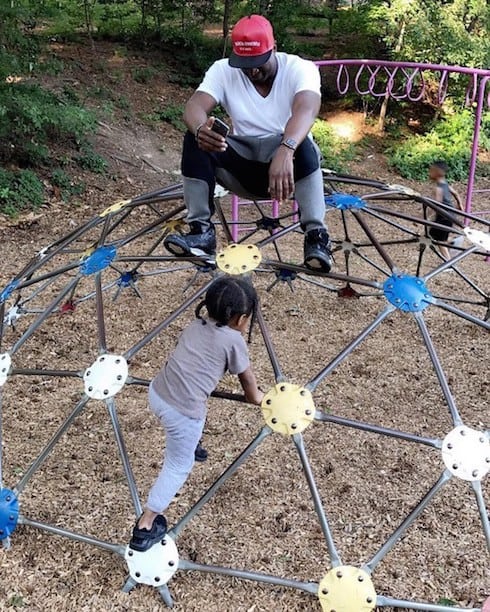 Love & Hip Hop Atlanta‘s sixth season is on the books, but the Kirk Frost paternity test drama continues unabated. According to a new report from noted gossip slingers Fameolous, Kirk has both consented to take a DNA test to determine whether he’s actually baby Kannon’s father *and* actually taken the test.

Fameolous claims they “spoke directly to Jasmine [Washington]’s camp” and were told that the test results “should be in within the next [five to six] business days.” Since the report was posted on yesterday, that means the results of the Kirk Frost paternity test could well be public-in all-caps rumor form, of course–by this time next week.

Nor was that the only update related to the Kirk-Jasmine drama. Court documents apparently have the pair due to square off before a judge on Wednesday, August 16th. Since Kirk has already been ordered to keep up the child support payments he began in secret and then cut off last Halloween, and since VH1 accidentally confirmed Kirk’s paternity months ago (receipts, in case you missed them), it would seem there’s little to settle beyond the exact amount of the check Kirk will write every month.

However, it’s also been alleged that Kirk had another baby mama last year, and that, after she had an abortion at his request, he kept her quiet by making car payments for her. And it’s still possible that Rasheeda will wash her hands of her and Kirk’s marriage. So, regardless of what happens in court on August 16th, it’s entirely possible that Kirk’s courtroom blues will continue for some time.

I'd say his 1st bday was definitely a success.. the warm up for his splish splash bday bash ? Happy 1st bday baby boy! ?